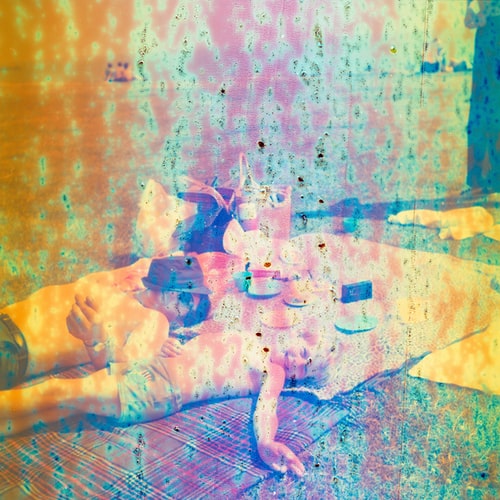 If you’ve made it to the point of university, then you would have heard of the wild cultivated psychedelic drug known as a magic mushroom - also known as shrooms, mushies, zoomers and gnome homes (although most commonly just shrooms). What you may not have heard of though is how exactly it came to be the one of the most common psychedelic drugs of modern day, the effects that shrooms have on our mind and physical body and what science is doing to change its future.

Before I get into it though, I just want to write that I am in no way promoting or supporting the casual use of shrooms, as even with the history, potential health benefits and sick supernatural experiences listed below, we still don’t have enough research to deem it safe and in many cases shrooms have been lethal. With that being said, magic mushrooms have too great of a history and too many fascinating factors for it not to be talked about.

Mushrooms and fungi are among the most versatile strain of living organism we have on this planet, with some being superfoods, some medicinal, some a class A hallucinogenic drug and others deadly. One of the most common forms of magic mushroom is made up of a hallucinogen called ‘psilocybin’ which originally evolved to act as a deterrent against pests and insects by altering their minds. It was when humans discovered the effects of this revolutionary mushroom that its purpose began to change and the fungi started evolving into the drug we know today.

Although the first actual discovery of shrooms remains unknown, many historians have claimed that the use of magic mushrooms goes back as far as 9000 B.C, based on rock paintings and statues of mushrooms in the Aztec and Mayan ruins of Central America. There is also evidence that indicates magic mushrooms were used in religious rituals and ceremonies to access what was believed to be a supernatural realm and as a way to communicate with the spirit world. Flash forward to the 60’s - a time in which hippies made their march – the idea of magic mushrooms getting in touch with your spirituality rose up again, but this time it had consequences. The Controlled Substances Act of 1968 brought an end to free consumption of shrooms and put a downbuzz on every festival from there on out, but as always, everything is done for a reason.

There is a reason why these mushrooms are deemed ‘magic,’ and they are known for  heightening your senses and making you see, hear and even feel things that aren’t really there.  For some people, the experience is the best thing ever, a door to another dimension, a grand sensory experience, a way to unlock everything that is hidden in your mind; but like with everything, that’s not always the case. The amount of psilocybin and psychoactive ingredients in each mushroom varies, meaning that every experience is slightly different. There is also an array of other factors that can alter the effects of magic mushrooms including your personality, emotional state, environment, age, weight and dosage. Whilst the effects of shrooms are usually on the more peaceful side, they have been known to induce anxiety, panic attacks, paranoia and frightening hallucinations with many bad trips having ended up with a trip to the hospital.

The 1968 ban on psilocybin mushrooms means that they are now illegal to grow, possess and consume, however that doesn’t mean the future of shrooms is over. Shrooms are slowly being pulled out from their graves and into the light of the Western world, with scientists starting to do more extensive research to shed some light on their psychedelic properties and effects. The start of last year saw a shift in the global perspective of magic mushrooms with it being decriminalized and/or made legal in many parts of the world such as Brazil, Netherlands, Jamaica, Samoa, the Bahamas, the British Virgin islands and North America. This movement is one step towards discovering new ways to treat disorders such as PTSD and depression, as research has started to identify psilocybin as a medical tool. Could be that within the next decade, New Zealand will too be amongst the team of countries rooting for legalisation of the drug (probz not tho).

We still have a long, rocky road to travel before reaching total global legalisation and acceptance, perhaps a never ending road, but it’s safe to say we are moving in the right direction.