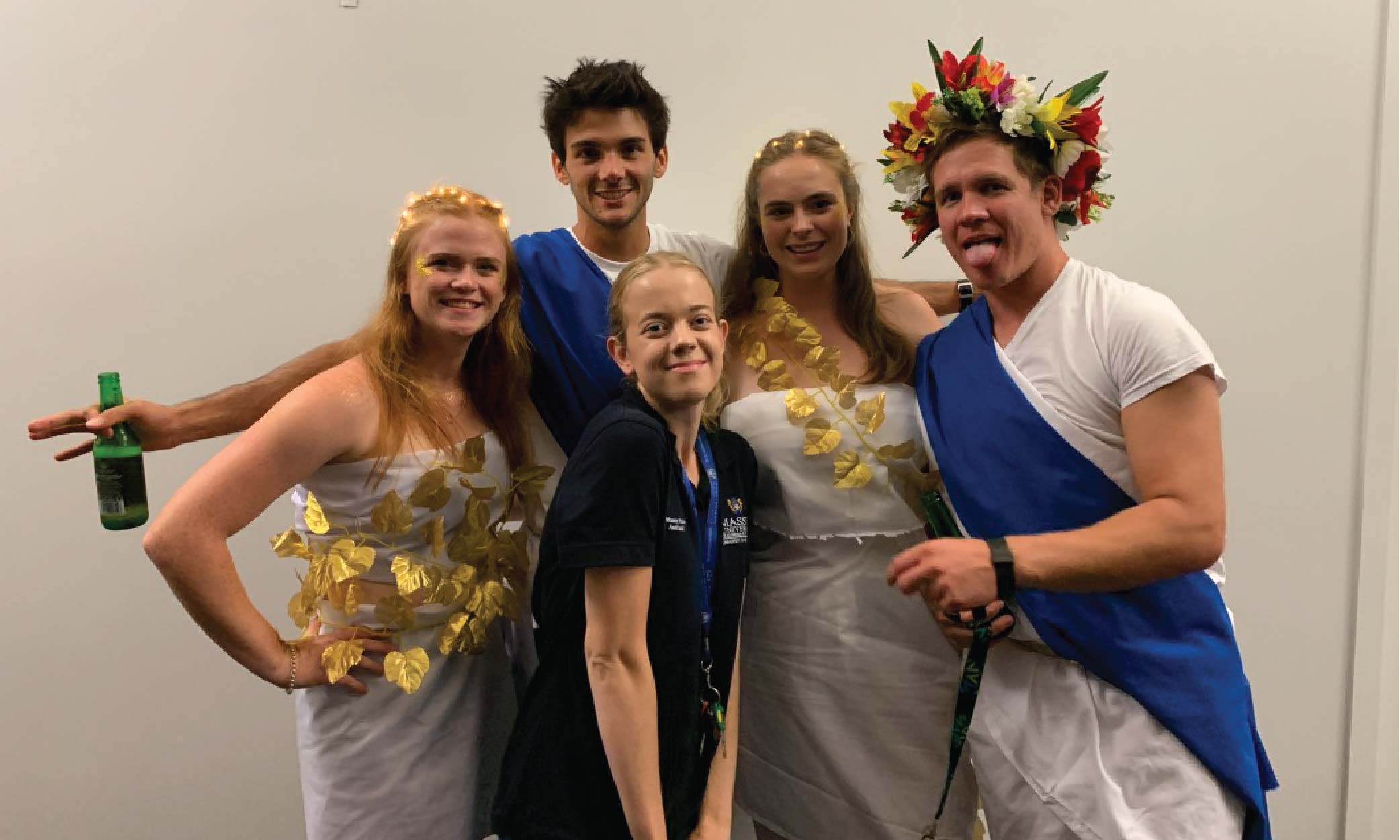 Pulling Back the Bedsheets

A recount of the Toga Party; but from the perspective of an RA.

Adorned in off-white bedsheets and staggering in Roman sandals; a frantic flock of freshers made the trek to the Ferguson Bar, once again, for the annual ASA Toga Night. A normal Wednesday night for any sane member of the public; February 27th was the one night of the year where it was socially acceptable for Albany students to stumble into Fergs with a single strand of gold leaves holding their entire outfit together.

It’s a night of debauchery and sin, and it’s a definite staple in the O-Week Calendar. But how is the night for those that aren’t apart of the fresh-faced frenzy? How is the night for the people charged with making sure that the 200+ Massey University Accommodation students make it back from Fergs in one piece— even if their outfit isn’t? Who are these faithful servants working tirelessly in the background to ensure that every accommodation student is equipped with a glass of water and a fistful of condoms? These unspoken heroes are the Residential Assistants; a team of 6 returning students responsible for looking after the after-hours accommodation.

On the fateful Toga Night, I found myself rostered on a shift with my wonderful shift partner Matt. Being rostered onto Toga Night was particularly hard for me as it marked the second Toga Party in a row that I was unable to attend. In 2018, I was the sorrowful smart-ass that skipped a grade and came to university at 17. Now, in 2019, I was finally legal… and yet, I was working. The memories of Toga Night last year, a night spent crying down the phone to my father about how unfair life was, came flooding in.

However, regardless of my personal vendetta, I donned the RA uniform and jumped into action. By 7:30, Matt and I had already completed three apartment agreements, found a missing person (who’d been taking a nap the whole time) and become personal photographers for all the girls that needed to cute pictures to post before the end of Instagram ‘peak hour’. By 8:30, we’d spent an hour clearing up empty bottles and offering our services as fashion designers; manoeuvring overworked strips of white bed-sheet to cover as much of our residents shivering bodies as possible. I think the magic of toga is starting to wear off when your only thought whilst looking at the resident’s glamorous outfits is; aren’t you cold?

As the clock struck 9:30; Kelly Manning, the manager of Albany’s Student Accommodation, turned up to check in on the event. With Kelly, came her beloved dog, Tyson. The residents adore him, causing for even more photo-taking duties, and their excited voices to triple in volume. As my shift was nearing a close, Matt and I were counting down the seconds until 11pm where we could direct everyone out of the building and into the welcoming arms of the Ferguson. That’s when my friends from the accommodation’s apartments decided to rock up with fairy-lights in their hair. Seriously, fairy-lights. I had barely even have time to go to the bathroom all night and yet these girls had had time to turn themselves into Christmas trees?

Regardless, the night was nearly over and it was almost time for bed… or so I thought. Let’s not even get started on how my next 9 hours with the RA Phone went. Overall, seeing the behind the scenes of Toga Night definitely ruined some of the glamour.

By the end of my shift, I was fully ready to retreat back to safety of my bed (which still had its sheets fully intact) and hide from the sounds of drunken teenagers stumbling through the car park outside my window. On the other hand, seeing the faces of hopeful first-years making memories with people that could potentially be their best friends for life is something special— maybe even more special than attending the event itself. And maybe next year I’ll finally get my Instagram-worthy photoshoot, with luminescent gold body-glitter and sparkling, fairy-light hairstyles. As they say, third time’s a charm…"