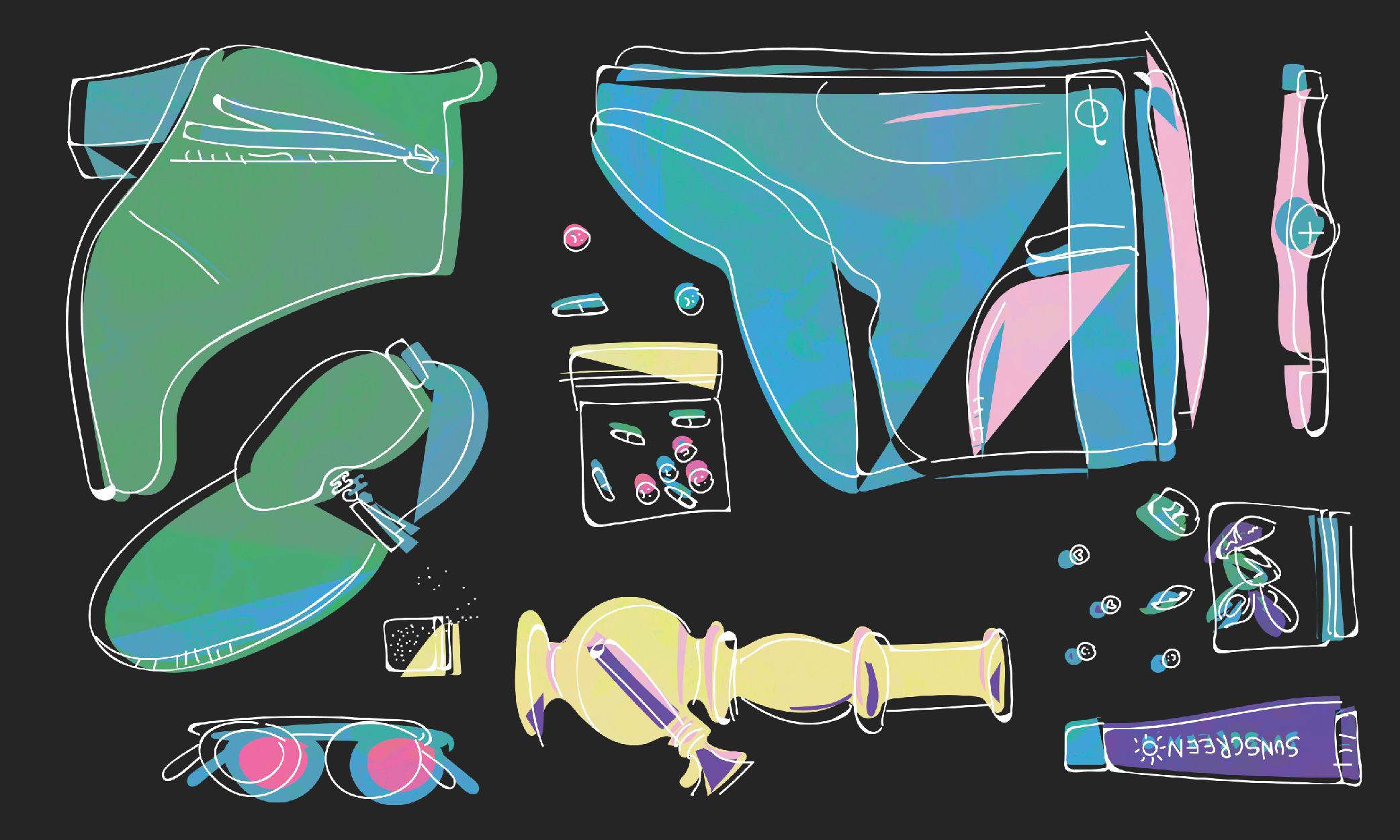 A staple New Year’s celebration for any young person with a chronic phobia of missing out is, of course, the quintessential Kiwi festival. Whether you’re planning to send it at Northern Bass, Rhythm and Vines or Bay Dreams, the checklist of what to bring is often very similar; sleeping bag, sunscreen, tent – and pesticide pills. With occurrences of dodgy drugs on the rise, will next summer see drug-testing tents squeezed between stages and drinks stalls?

While glitter-breasted babes were ingesting paint thinners over in Gisborne, things were very quiet in a paddock just out of Helensville. Bare-footed bohemians lay sprawled in the grass, watching white deer dance furtively through the undergrowth. An herbal fug hung in the air as they discussed psytrance music and decorated doof sticks.

Aum Productions is a very niche festival. They refer to music as ‘aural vibes,’ and almost everyone is on some kind of illicit substance. The latter is profound at most summer festivals, but the difference is at Aum they are consumed unabashedly in a safe environment. No squashed capsules smuggled in through bra linings and bodily cavities; no bags of kush stored in sunscreen bottles. After all, these would be difficult to fish out while you’re in line to get your drugs checked by volunteers from the New Zealand Drug Foundation.

“Yep, that’s ketamine!” guffawed a volunteer as one festival goer tested a bag of white powder. Such a wanton declaration of possession of this substance – commonly used as a horse tranquiliser – would usually evoke a
violent hushing from the user and sirens in the distance. Here at Aum, the festival goer simply thanks the volunteer and heads into the festival, content that their drugs are 99% pure.

Maxine, an effervescent soul with two years of Aum
now under her belt, described the process as

“Some of the boys got their pressed pills tested – I think it was a majority MDMA with a bit of BKMD, which is like the silver screen version of the good drug.”

This certainly wasn’t in the same ballpark as what
some Gisborne revellers were experiencing with their pressed pills.

“You could go away knowing what you were in for;
you knew that it was really clean stuff.”

She went on to paint a lurid, utopic vision of this cosmic paradise. It didn’t line up with the gurning, chewing, retching souls in death pits; the foaming, stampeding horses or the ominous police presence I’d experienced at Rhythm and Vines.

“I don’t think drug testing tents would have the same effect at Rhythm or Northern Bass as they do at Aum because again, the culture is just so different,” said Maxine. It’s not just the culture, but the demographic. The crowd at Aum that Maxine described were seasoned and savvy on sourcing and using recreational drugs, having already experimented and learnt what worked best in their systems. But at other, more mainstream festivals, a lot of the demographic consist of fresh-faced high school leavers hellbent on indulging in wicked activities away from their watchful parents. The innocent ex-head girl of a provincial high school, (who was only allowed a four-pack of RTD’s at her supervised after-ball) might think that a cap of MDMA will pair quite nicely with a rioting crowd of 35,000 strangers.

“Pill testing will be seen by many younger people especially as a clear endorsement of drug use. It sends a message that illicit drugs are acceptable and can be ‘safe’, and will worsen harmful drug use, so that more lives will be put at risk with the belief that the drug they are taking is somehow ‘safe’,” said Bob McCoskrie, national director of Family First NZ.

In a similar vein, no amount of drug testing and distribution of safe drug use pamphlets will guarantee that you have a positive physiological experience. Recreational drug use is a lot like a choose your own adventure book. You drop a cap in a portaloo! Turn to page 22 to throw it up half an hour later. Find page 38 to hallucinate and have an enlightening trip in the mosh pit at Netsky. Or skip to page 56 to have a panic attack because your brain feels like a wobbly fried egg.

We often zone out to public figures speaking out against this topic in the media, assuming that they’re out of touch from the real goings on of a festival. I mean, when was the last time Paula Bennett was geared up to the eyeballs and wedged under someone’s sweaty armpit in a mosh pit?

However, it can’t be ignored that recent medical literature notes that drug related deaths are related to individual physiological reactions, rather than overdosing or impurities in the drugs.

“It’s a poison. You can test a poison all you like, it remains a poison,” said Paul Holman of Ambulance

Whether you’re a Paul or a Maxine on the topic, it has to be acknowledged that the war on drugs was lost a long time ago. People are fucking stubborn. So, if innocent Annie from Dannevirke High School is hell bent on eating a pressed pill at her first festival, surely the least we can do is make sure it’s not meth and chalk.