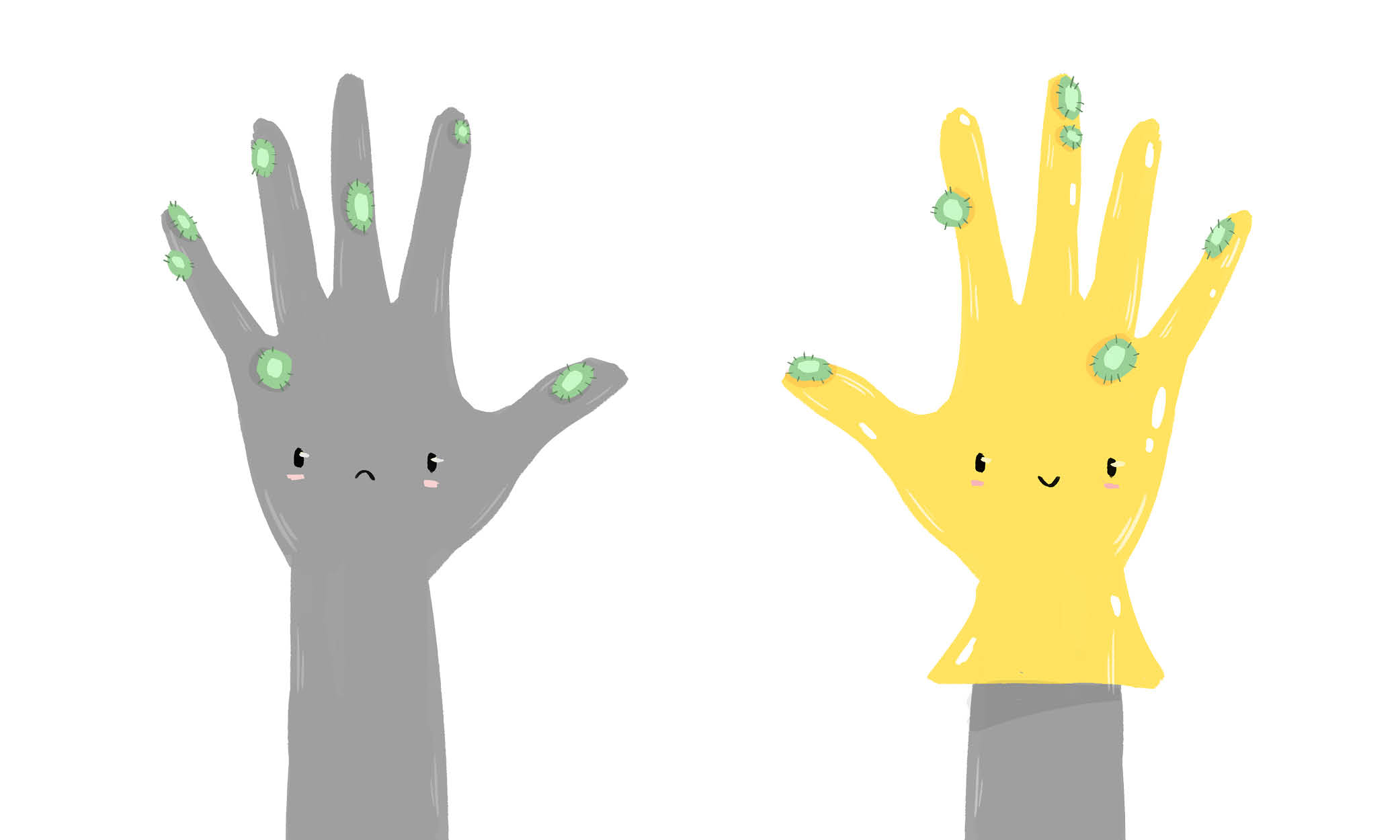 PC Wars: The Environment vs Health and Safety

It only seems like five minutes ago that farmers were the devil, and a meat-free diet was the only way to save the planet, but here in Autumn 2018, we are back on the bandwagon of despising plastic and plastic bags. Campaigns like Bags Not and New Worlds’ new nifty fold-up reusable bags has bought guilt back into shops everywhere, forcing some customers to defensively blurt  “I re-use them to line my rubbish bin okay!”, despite everyone in the shop using petrol to get there and non-renewable energy to cook the food that they are buying.

Oh, how easily we forget.  But, another phase coming in may not be the death of the most popular environmental detriment this time, because your average plastic-free protesting Joe is about to come up against Health and Safety.

Plastic, as well as other terrible things like excessive sheets of paper and chemicals, is a great asset to Health and Safety. As dangerous as it is to say something positive about plastic in this current climate, it is useful, cheap, and revolutionised the way we do pretty much everything. But, once again, we intelligent humans feel that the only way to solve an issue is to passionately hate it for 20 minutes until we get bored and decide to target something else.

I’m not doubting the dangers of plastic, and totally acknowledge that it does not have a place in a sustainable future.  However, there are currently no awesome alternatives for many of the things we use plastic for. So, my critique is our haste to make each other feel bad for not instantly responding to the latest enviro-fad, rather than encouraging each other to peacefully transition into something else.

But, not to worry about all that “let’s love each other” chit-chat, because health and safety has this PC battle in the bag.

Let’s paint the picture in the battleground where these two armies have no alternative but to clash: the supermarket. You’re working at any supermarket deli, fish or meat department.  The environment says you should not use an excessive amount of plastic, and should use bio-degradable or paper packages.

Bring in health and safety with pens a-click’n and clipboards a-tappin’. As to not murder the customers, you need a new pair of plastic gloves for every new person you serve. Raw data from this very situation in just a small supermarket shows that, on average, a department worker uses 100 gloves per day while abiding to health and safety. After that, it’s straight into the bin they go.

The environment does not get an entire section in employee contracts like health and safety does, so it makes sense that this is where a worker’s allegiance lies.  However, if an approaching customer bats for the other PC team, by crikey you better be ready.

“Hiya! You can probably see that despite the germs all of my food is currently exposed to, there is no plastic in my trolley. Your children in 2050 are totally welcome.  Now, be a doll and wrap 100grams of marinated garlic mussels in paper.”

You battle your hardest, but the cue lengthens as the customer taps their foot and preaches as if they’re at the funeral for their favourite turtle who died from consuming a straw. Caving, you hand over the soppy package before it drips and contaminates anything else.

There is no way you can please both parties. You’re either catalysing climate change or the spread of harmful germs.

While this seems hopeless, we should probably be grateful that both sides even each other out. If the eco-warriors took over, they might get rid of packaging all together even on meat, because the less people on the earth means less plastic is being used, so let’s kill the majority of people through salmonella poisoning. The carnivores of the population (with their “superior” immune systems and all) won’t even see it coming. Then of course, only the vegans would survive, putting the vegetarians through a rigorous rehabilitation scheme so we finally all eat planet-friendly.

But if Health and Safety triumphed, they may take the “you must sign an accident form for a plaster” thing to a new level.  Before you know it, all employees will be forced to work in bubble wrap to reduce workplace injuries, fainting at the effort of trying to cut things with blunt safety knives.

Who knows, maybe developing countries will take over the world, as the lands of the politically correct drop like flies.

To prevent this grim future, let’s extend ourselves from channelling extremist behaviour into one fad at a time, maybe try focus on more than one thing at once, or even just respect your fellow shoppers and workers for doing their best within their means. Just because we can’t solve the world’s issues right away, we can all collectively and gradually try. Consume consciously and shop respectfully New Zealand, we will get there eventually.