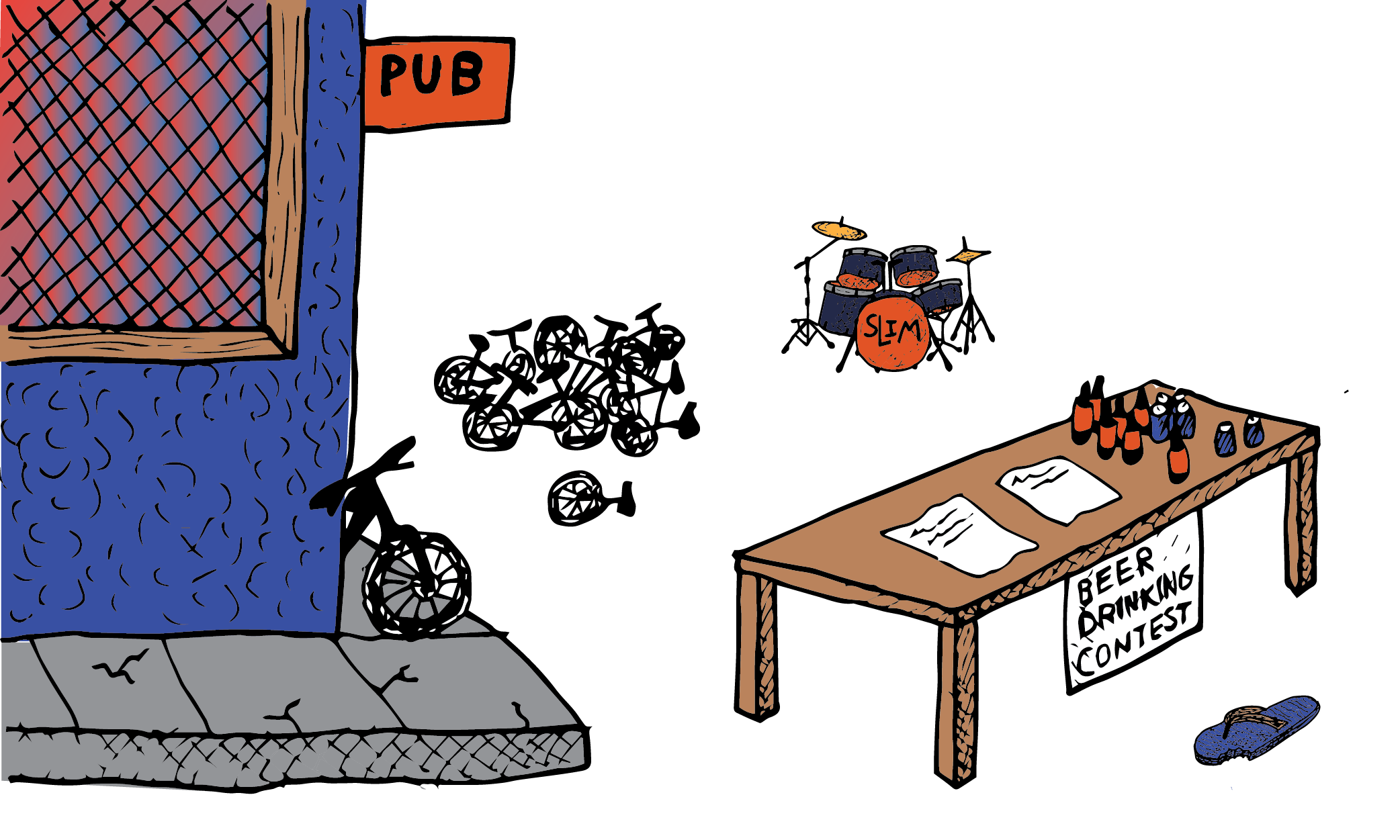 O-Week Through the Ages

O-week. A transformative 5-day introduction to uni, with activities ranging from PG day-time events, to raging blurry nights. A sweet, sweet time, where every organisation beams at you, shoving free stuff in your hands, all in the hope of selling you the perfect educational experience.

In a fresh wee country like New Zealand, the essence of O-week has stayed the same since its inception (one word: alcohol). But there’s no denying that every aspect of the social world has changed around it, making it the ideal time capsule to annually enjoy.

After chatting to my mostly over-thirty family on New Year’s Eve, it became apparent that O-week held a special place in everyone’s hearts - except maybe my mum’s, whose only memory was seeing a guy trying to eat a jandal in the middle of a roundabout - and some of these experiences need to be discussed.

Disclaimer: I’m really not the most qualified person to be talking about O-week. Despite being newly twenty, I am very much not down with the kids. O-week for me was free stuff by day and watching The Bachelor with my new flatties by night, because that’s just the kind of gal I am. But

nevertheless, I have put my social event avoiding tendencies aside to bring you the best of NZ’s O-week through the ages… or at least, some of my siblings’ and parents’ O-week-related memories.

Now, I could dive into the nitty gritty and give you the full history of each beer and testosterone-based tradition, but nobody needs to read that, especially not the bright-eyed new students of the mostly wholesome Massey University. Also, I’m blissfully unaware of how wild the likes of Otago get and I’m not that keen on finding out.

Nonetheless, in the utopia of the 70’s, my dad described
a few of the organised events that really took me back
to what the true meaning of O-week is for most people;
a drinking contest. These are some of the events,
which according to my dad, “mostly involved copious amounts of grog.”

The ‘Chunder Run’, where you drank a beer, ate a pie and went for a run, repeating each step until you chundered. There were pub crawls on bikes, which at first thought sounded quite enjoyable, until I realised it would be a logistical nightmare. The big shindig though, was the
O-week parade, where everyone threw around rotten tomatoes, eggs and flour. Delightful.

He couldn’t remember any of the bands he saw – which is typical of O-week gig quality – but he did remember seeing one of Split Enz’ first performances while he was at uni. So, it’s not all bad.

Fast forward twenty-ish years: the early 2000’s, where every fashion choice was questionable at best and the remnants of 90’s grunge music was painfully blended with EDM. These were the glory days of my oldest brother,
who hurled his fresh eighteen-year-old face into Vic Uni’s
O-week madness - his face was so fresh, in fact, that he was aggressively dragged off the dance floor and onto the street, and ID’d by a cop. But look, at least he was actually eighteen. My sister-in-law remembered her underaged friends using the ID’s of people who a) looked nothing

like them and b) were right next to them in line.
Students, right?

Another highlight for my brother was turning up to a Slim gig (a band from Christchurch we’re all too young to have heard of) whilst they were filming for a music video. He was also an Orc in Lord of the Rings, so he’s basically a kiwi celebrity.

Finally, in what was probably a lowlight, they used to get home every night with their clothes reeking of cigarette smoke, because turns out it was still legal to smoke inside less than 20 years ago. Call me young and hip, or call me ignorant, but I thought we had it much more together as a society by then. I was wrong.

As for O-week today, I’d like to think we’ve improved a bit. No one smokes inside (except in their decaying flats), the musicians are generally palatable (except for Max Key, who is in Vic’s lineup this year for some reason?), and no one throws rotten food at each other anymore (except probably the ferals at Otago). But the bottom line remains the same for most people, and that is to consume as much alcohol as humanly possible. So, go wild my dudes.