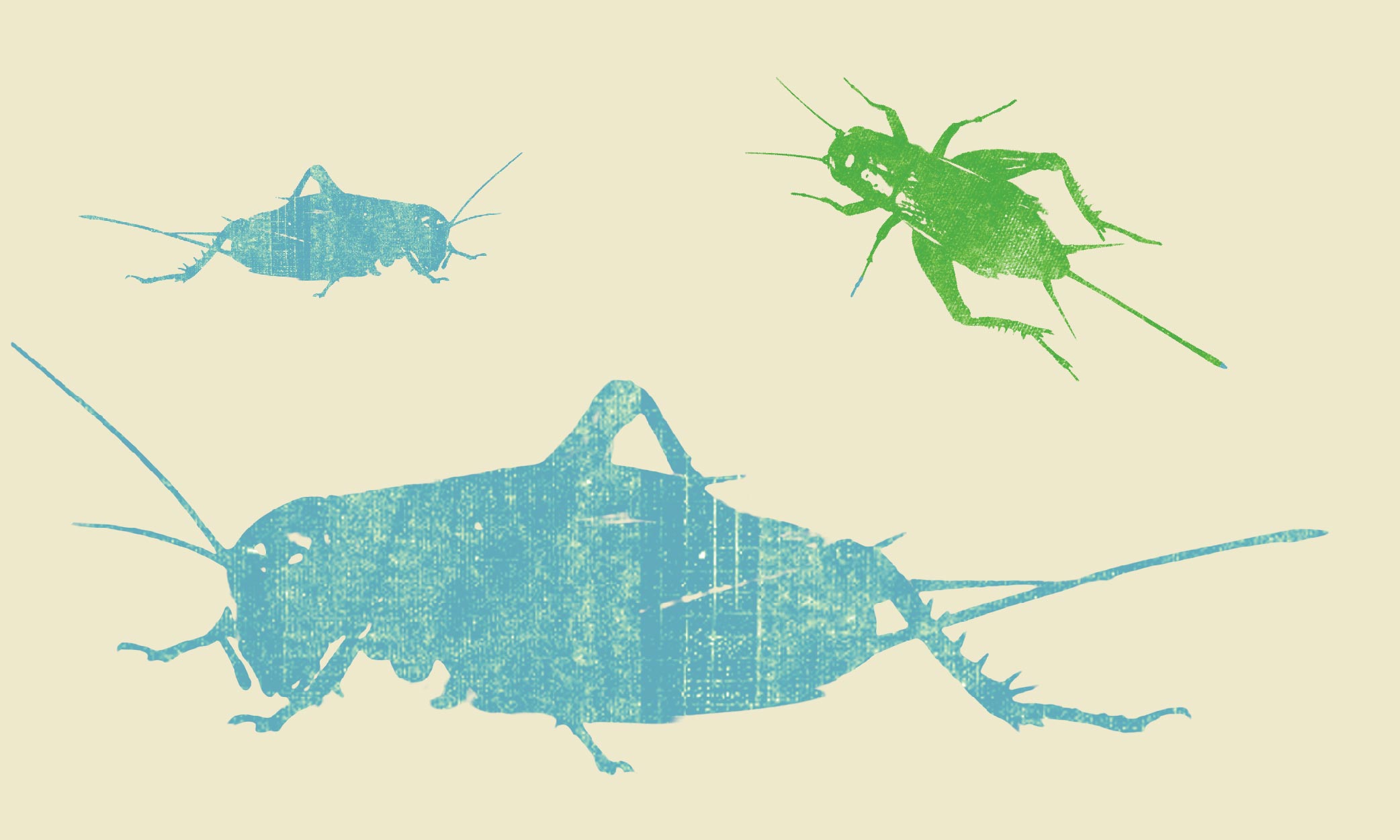 My mum and her cricket farm

My mum’s always been a self-labelled greenie, but not the jump-on-the-bandwagon kind of greenie. She’s the early adopter, always five years ahead, doing things before they’re cool or even heard of. So far ahead that when she explains her latest projects, people look at her like she’s an absolute lunatic.

When we had visitors growing up, they’d apprehensively take a tour of our backyard, peering from a distance at the chicken coop and worm farm and wholeheartedly avoiding the horse poo fertilised gardens. They’d nibble on a piece of homemade sourdough and take impolitely small sips of kombucha (granted, it did have a pretty strong vinegary kick and people still weren’t sold on the whole probiotics thing). She began making beeswax food wraps around five years ago, using the leftover candle wax from candles in church. That was one of the few things that even I, an inherent greenie, initially thought was a bit weird, stubbornly sticking to my much less reusable waxed paper for school lunches. But here we are in 2019 and if you haven’t heard of beeswax wraps, you need to get with the times.

Hopefully, I’ve begun to paint a picture and you’ll understand why the idea of a cricket farm wasn’t entirely shocking to me or my family when it was initially raised. But there are many layers to this project, so I asked my mum to explain it from start to finish. Here’s what she had to say.

“I’ve always been aware of crickets as a food source,” she says.

She initially only knew about them as an alternative food source for livestock, rather than their default food source of palm kernel - which we all know is an unsustainable substance to be churning through. She knew that feeding crickets to livestock was already custom overseas, but later discovered that they were starting to be bred for human consumption too. This made even more sense than feeding them to livestock. It’s common knowledge that mass beef production is detrimental to the environment, with soaring water consumption and harmful chemicals pumping into our waterways - so why not reduce the issue by eating crickets? They use about 1% of the water needed to produce beef and 60% of them is protein, compared to beef’s 11%. As much as veggies are great for avoiding meat, Mum says, “some people would say that we won’t be able to grow enough vegetable protein, and we need something that’s more concentrated”.

And crickets are exactly that.

The high protein levels of crickets aren’t the only health benefit that appealed to my mum. Crickets have a whole lot going for them; one pretty amazing factor being the long chain amino acids in their skeletons that can keep a healthy gut and may even have cancer-fighting qualities, as suggested in research at Waikato University. They also taste quite scrumptious, but we’ll get to that part later.

Although cricket farms of any kind certainly weren’t common in New Zealand yet, my mum decided that starting her own one would be quite doable. So at the start of 2018, she got to work.

It all began on Trade Me. She bought a batch of 30 crickets from a company that bred them for amphibians, and they turned up in a box on the doorstep. From then on, my parents had three or four gigantic plastic containers filled with crickets in their lounge, and it quickly became normal to hear them chirping in the background when I Skyped them.

Just over a year later there are hundreds, and plenty stored, ready to eat. Every morning she looks after them, feeding them organic “carrot, potato, and green something-or-other”, and gives them water through soaked cotton wool balls. They spend most of their time hiding in egg cartons, which is essential.

“If you have them too dense, or with not enough cover, they’ll eat each other,” she says.

When it comes to harvesting the crickets, they simply go in the fridge, where they peacefully slow down, and, well, die. Then they’re plunged into boiling water to kill off any microbes that could be lurking, and after that, they usually go into the oven for a slow roast. From there, the easiest way to eat them is with whatever seasoning you want (parmesan, soy sauce, brown sugar, chocolate, literally any herb or spice), or just plain.

According to my taste buds, they are the exact flavour of pistachio nuts, but most people describe them with more general nut flavours. If the thought of shoving a whole insect in your mouth freaks you out, it shouldn’t.

As my mum frankly put it, “It’s like sweet corn; you get a leg or something stuck in your tooth. But then you get that if you’re eating prawns or shrimps.”

But if you need to be eased in, you could hide them in your dinner (e.g. cricket stir-fry), or grind them up and use them as flour, or in burger patties, or in your smoothies, or even on top of your cereal. This might be the most versatile kitchen ingredient ever to exist.

When people hear about my mum’s cricket farm, they’re often a bit weirded out, but are mostly quite intrigued.

“I think probably, people are pretty open to trying stuff now”, she says, and this could partly be explained by a necessary shift to more environmentally conscious thinking.

When it comes to actually getting people to eat a cricket though, it’s a different picture. Despite all the obvious benefits to the world, and to people’s bodies, and all the genius ways there are to eat them, people still get the heebie jeebies at the thought of eating an insect. But give it time.

Judging by my mother’s accurate predictions of every other environmental-oriented trend, this one will be a biggie.