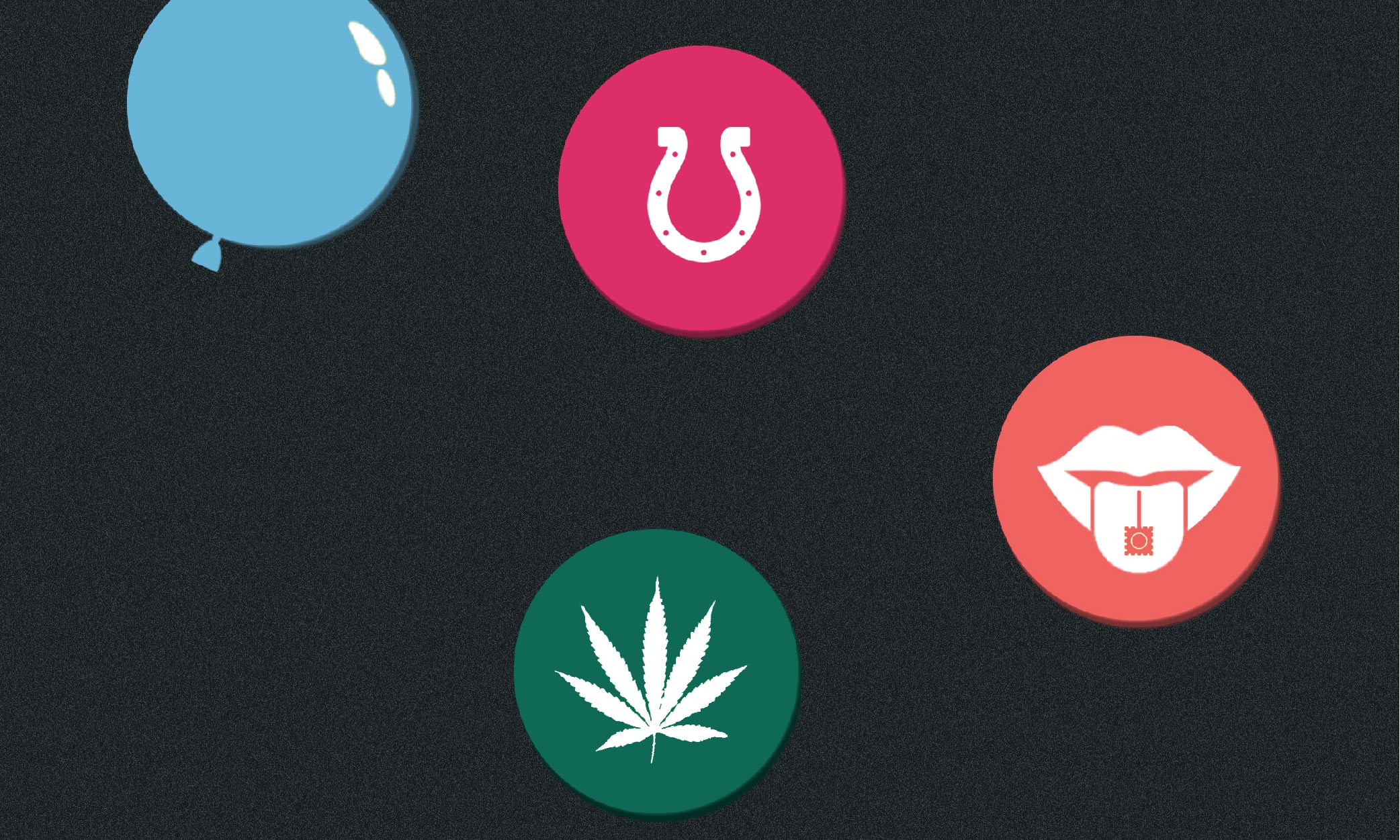 The following three pages discusses use of illegal substances.This article does not represent the views of Massive, nor do we support or endorse the use of such substances.

We tried different drugs so you don’t have to (and probably won’t want to after reading this).

If this article affects you, don’t be afraid to reach out to these support numbers:

The first time I tried weed was from an ash-encrusted pipe behind Para Rubber, where I became extremely paranoid and forgot how to walk. So, when the editor asked me if I had a cooler story than that, I decided I needed to pull out the big guns. I’m talking kief; those resinous crystals saturated in THC that stick to the cannabis flower. Not that I pulled this from my extensive knowledge of narcotic chemistry. My flatmate’s friend told me – and then had to help me light the bong after I burnt my thumb.

Because I’m both an idiot and bad at maths, I packed my cone full of kief just as I would with humble bud. And boy did I pay for it. My eyelids suddenly fucktupled in weight and I could barely keep them open. I absolutely mowed through a charcuterie board meant to share with my equally stoned flatmates. My motor skills packed in for the night and my unimpressed friend had to help me get off the couch and into bed. I thought masturbation would be mind-blowing in my altered state but my orgasm just felt like a brief muscle cramp. I spent the rest of my high watching Soaked Oats music videos. I slept for eleven hours.

NOS, nangs, whip-its, nitrous oxide or laughing gas is easy to procure if you’re a caterer or a dentist. The middle-aged managers at Gilmour’s and Steven’s are a little wary if you’re a twenty-something student. Luckily, the Internet isn’t as judgmental. My friend bought a box of ten and a cracking apparatus, and we were ready to review in her living room on a Thursday night. We knew the high only lasted 30 seconds to a minute, so we had to get our song choice right. A Tame Impala remix was queued (classic) and our balloons full of gas were pinched tightly between our fingers. I made like the Big Bad Wolf and huffed and puffed. But instead of blowing down any crudely constructed pig homes, I felt my entire soul abandon my body. It felt like my ghost was being thrown around inside a washing machine while Let It Happen (Soulwax remix) reverberated throughout my empty corpse. At one point I looked down on myself to see my face contorted in an orgasmic grimace. Luckily my friends were also twisting their faces too euphorically to notice my expression.

After a while my soul decided to re inhabit my slackened shell. My extremities tingled and I still felt spaced out, which probably owed to the few minutes of circulation that had been cut off from my brain.

It was one of my first times taking acid and we each had a double-dipped tab. When I was coming up on it, I felt super uncomfortable in my skin – almost like my body was fighting it off. When it kicked in, my girlfriend and I did some colouring in. Cliched I know, but the acid really stimulated my creative juices. Then we thought it would be a good idea to take the cliché even further and go out into nature – packing sunnies is an essential for the paranoid tripper in public. We lived close to the beach so we went for a walk down this winding garden path, which was when we really started tripping. There were heaps of garden gnomes and dandelions and trees along the way which provided more than enough entertainment. My girlfriend was picking flowers and showing me them like they were the most amazing thing she’d ever seen. We just felt so connected to the natural world; I was even stroking the bark on the trees. When we finally got down to the water, I thought it was so beautiful that I just wanted to feel it and immerse myself in nature. So that’s how I nearly drowned. My girlfriend pulled me out and we lay on the jetty for ages, questioning the meaning of life. We listened to Pink Floyd and the Beatles and I could just feel all these vibrations and colours coursing through me. We capped off the trip by stumbling to the Lux light festival, where all these families looked at us sideways because we were still wearing our sunglasses in the dark.

Being hyper aware that this shit knocks out a 500kg animal, I nervously watched my ket connection to see how much powder he was balancing on the end of his house key. I was already tipsy, which apparently wasn’t the best baseline for trying ketamine as you could easily go headfirst into the notorious ‘k-hole.’

“Do you feel it yet? Do you?” asked my friends with the over zealousness of anyone supervising a first time drug user.

I’d heard mixed reports of what it felt like to try ket. I was bracing myself to either become part of the carpet or become one with the universe. But I felt like I’d cherrypicked the best parts of being drunk and stoned. I was a little off-balance, laughed at absolutely everything and carried a road cone to town under the impression it was my pet dog. Time was a human construct while I was high and I swear I spent several hours laughing at a soft serve ice cream in McDonald’s.

Half the ‘MDMA’ I took early on was cut as fuck and practically half meth. Because strong MD is becoming readily available across the nation, let’s talk nose beers.

The first time I had the real deal I completely underestimated how strong it was – the bloke said he sussed it off the dark net and we should have believed him. We were prepping for a party and made the rookie move of snorting our second cap soon after we dropped the first.

On the drive to the party I was on the come up; my skin felt like someone jumping on a beanbag. Upon arrival I was the most beaned I had ever been in my life, in a pure state of utter euphoria with eyes like dinner plates. The night was full of dancing, shit yarns and big sweaty hugs – I enjoyed every moment. My only hiccup was later on in the night when we went out for smoko and I could not piss for the life of me. The girl who I was chewing the ears off noticed my pissing situation and was not impressed. By that point my jaw was rolling around like a tumble dryer and nothing could bring my night down. I need to get this high again