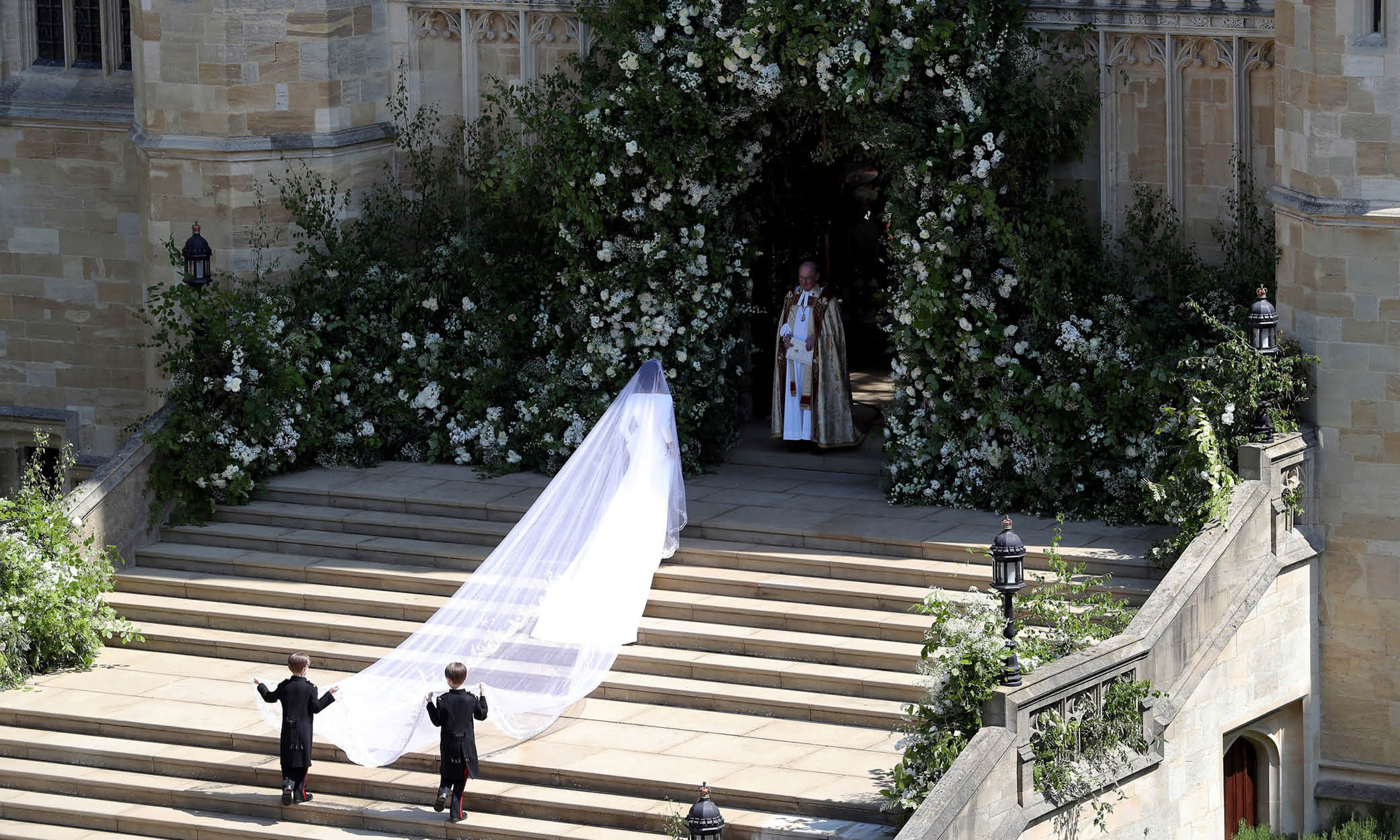 Last weekend a prince and a movie star were married. Prince Harry and Meghan Markle exchanged vows in front of a worldwide audience. You might not really give a shit about the royal wedding. It’s not everyone’s cup of tea. But however, you look at it Meghan is now a member of the British royal family. She is also biracial and is the first American divorcee to marry into the British family in more than eight decades. The pair’s union is a milestone and the lead up the glitzy and glamourous wedding has been anything but boring. We break down the royal wedding for all of you who may not be up to date.

Thirty-six-year-old Meghan Markle was born in Los Angeles. Her mother Doria Ragland is African American and her father, Thomas Markle is Caucasian. Since Prince Harry and Meghan announced their romance, Meghan’s race has become a hot topic (even though it shouldn’t really matter, I mean c’mon, it’s 2018). Many say her diversity will paint the British royal family as more inclusive.

It is also interesting to note that Meghan is the first American to be officially engaged to a British royal. King Edward VII abdicated when he became romantically involved with Wallis Simpson (also and American divorcee). While they were married in France, they never had an official engagement.

Meghan has worked as an actress (you’ve probably seen her on Suits) however, when she became engaged to Prince Harry in 2017 she announced her retirement from acting. Earlier this year she deleted all her social media accounts.

The wedding was held at St George’s Chapel at Windsor Castle. Some fun facts:

3.      More than a dozen royal weddings have taken place at the chapel. Prince William and Kate Middleton were married at Westminster Abbey.

4.      The gothic style church is open to the public, mostly on a Sunday for services.

As everyone has anticipated, the guest list was jam-packed with Hollywood a-listers, royals and diplomats alike. What we really missed was the highly speculated Spice Girl reunion at the royal event – instead, we had David and Victoria Beckham looking only half miserable without their exclusive ensembles. Even James Cordon seemed to drop his comedic persona to take on the image of your token Englishman, wife in tow. And we must mention the presence of Harry’s ex Chelsy Davy, for this is British entertainment at its finest, what must she be thinking? The American presence was definitely felt as well through the likes of Oprah Winfrey, George Clooney with his wife Amal, and what seems to be a large portion of the cast of Suits (including Meghan’s onscreen husband Patrick Adams, such fun).

Besides all of the celebrity guests, what more could we expect than the Royal family bringing their all to the ol’ stomping ground. Dressed in all her regal glory, we had Queen Elizabeth II, who donned a spectacular outfit of lime green – only to be outdone by the bride, of course. Her daughter Princess Anne seemed to be commemorating the late Hugh Hefner – may he rest in peace – in her robe-esque gown of red and black, a bold choice. Kate also drew some attention from her cream ensemble. Dare she be competing with Meghan?

If you were to leave the jury up to the world wide web, the stand out of the whole service was guest Paster Michael Curry. Not only did he shake up the traditional wedding sermon of ancient parables and proverbs, but according Twitter, woke up the rest of the world and enlightened us all of ‘the power of love’. Note the side eyes from Kate and Zara, but regardless of them, that speech was lit.

Another question that was raised during the ceremony was Meghan’s choice to have no bridesmaids to open up the aisle – rather, opting in for the cutest flower girls and page boys ever to be seen. From the wide variety of characters in those hallowed hall, we at Massive thought there was plenty of bridesmaid potential; Serena Williams, Oprah, even Elton would have done a grand job in the highly respected and important role in his iconic rose spectacles.

The hype around this wedding dress is unparalleled, more so than Kate’s even, simply because Markle had less pressure of subduing to traditions and had room to give her own American twist to her big day. However, this was not the case. Instead, she opted for an off-the-shoulder, three-quarter sleeve length dress, epitomising modest modernity. Though, with the lack of ‘hollywood’ in the design, the pure lines and a bateau neckline combined created the image of American beauty – simple, understated, yet elegant.

The beauty was in the details. All 53 Commonwealth countries were represented in the floral embroidery on her five-metre train, and her crown was once owned by Queen Mary, on loan by Queen Elizabeth herself. And with ties to the late Diana in Meghan’s bouquet, and later on in her ‘something blue’ aquamarine ring, the whole event came together spectacularly, with the handsome couple gleaming. Let’s just say that Meghan’s dress and glow was definitely worthy of Prince Harry’s lip bite at the altar. Swoon.