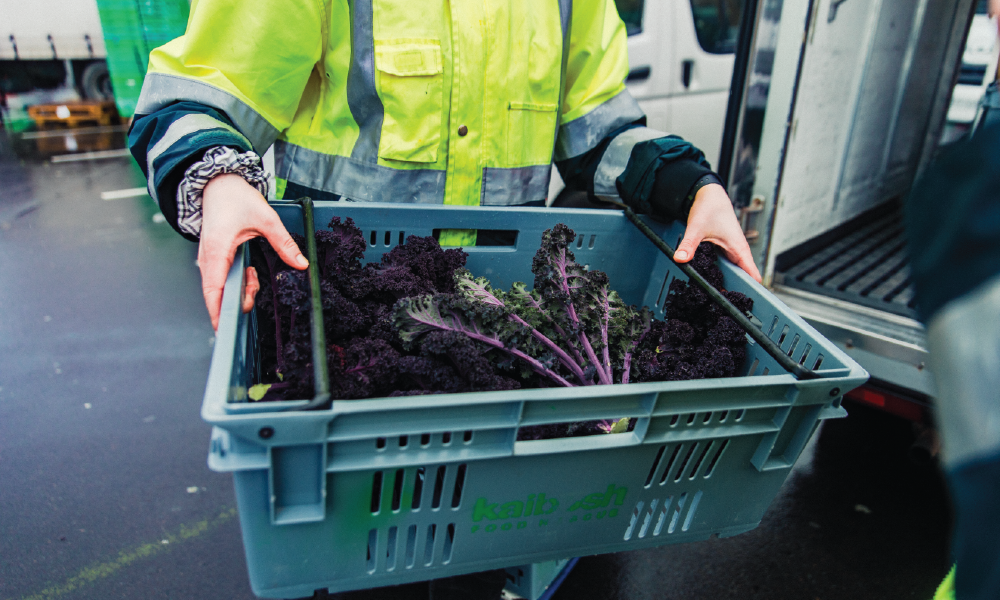 We all know the feeling. Whether it’s the week old chicken you find forgotten behind a myriad of other refrigerator items, or the wilting broccoli that you can’t quite figure out how to salvage — wasting food is an awful feeling. For your average at-home consumer, the amount that ends up in the garbage — while being frustrating and perhaps a reminder of how much you didn’t sign up for this “being an adult” shit — it is nowhere near as confronting as the sheer volume of food waste in restaurants and supermarkets.

Kaibosh, a Wellington food-salvage organisation, started in 2008 as a response to this larger-scale food waste. Seeing the obvious disconnect between perfectly eatable food winding up in the garbage, and individuals and families struggling to put food on the table, the founders Robyn and George Langlands set about killing two birds with one stone.

Ten years on, Kaibosh works as an in-between, connecting 40 businesses who provide surplus food, with 65 charities who ensure this food is distributed to people in need within the Wellington community. They have over 200 volunteers and just last month salvaged their millionth kilogram of food.

To celebrate the Wellington on a Plate festival, Kaibosh recently held their annual fundraising event All Taste, No Waste (ATNW). This year’s head chef was Wellington local Asher Boote, owner of Tinakori Bistro, The Ramen Shop, and The Hillside Kitchen and Cellar — which has recently introduced their new meat-free menu, opting to focus instead on exploring innovative ways to deliver “vegetable-driven” meals.

Collaborating with a team of WelTec students, the sold-out event focuses on using underappreciated ingredients and challenging the way guests think about food waste and how they source their ingredients. While Kaibosh provides solutions for the kind of food waste found in restaurants, subscription-based food bag services, and supermarkets (such as their major supporter Countdown) events such as these serve as a reminder that we could all be doing more to ensure we are being resourceful and efficient with our groceries.

Tagging along to the event, I managed to catch Asha before the first course hit the tables. As a categorically un-calm person, I was pleased but also slightly alarmed at how cool and collected he remained as he made time to sit down and dish up some advice specific for how we could all up our food usage game:

Expecting something less ideological, Asha’s first piece of advice took me by surprise. “Try everything,” he encouraged, “don’t be scared of food. It’s okay to make mistakes — that’s as true of food as it is of life.” Exemplifying this at the ATNW event, the first course featured Cudo, a fish that despite being plentiful (and therefore a more sustainable option) remains “underrated” — often being passed over or used as bait. “Preconceptions are shocking when it comes to food,” Asha explained. Taking under-utilised ingredients and approaching food with a more creative outlook ensures not only that you won’t miss out on a new experience but can help you save some dollars too.

When asked if he had a favourite dish to make use of ingredients a little past it’s prime, Asha explained his process. First breaking the ingredients into food groups, he says he often uses the fresh produce to create a salsa, and any meat that is still eatable (but maybe no longer primo) can be made into a gravy casserole creating balance. “The freshness of the salsa complements the richness of the gravy.” In the case of this event, the second course featured a crayfish head broth — broth being another great option for putting to use the flavours of off-cuts or droopy veggies. Flavoursome curries, pho, soups and sauces all make the list too. By practicing how to whip up some of these meals, you can start mixing up the ingredients and you’ll be putting your own (resourceful) spin on them in no time.

Main Course: Plan Ahead & Use All Parts of Your Produce

Remember that house cultured butter from earlier that was paired with the sour dough bread? Asha accounted for surplus butter and thought about how to utilise bread — a product that goes stale in many households. By adding some milk and condiments these leftovers made for an extra layer to the meal — providing a bread sauce that complemented what else was planned. Obviously we don’t all have the wealth of culinary knowledge to pull from. But taking the time to map out all the food you plan to buy that week, mixed with some effective googling will make it clearer how best you can shop and cook efficiently.

Dessert: Keep Your Eyes Peeled for Opportunities to Reduce Waste

I went to type the words: “I know food isn’t always on our brain 24/7” and realised what a lie that was for me. Speaking for my fellow foodies out there, by diverting just some of the time I spend thinking about consuming it, to thinking about preparing it: who knows what ideas will present themselves. In Asha’s case, an idea came from noticing the recent influx in local breweries in Wellington. Using some of the grain leftover in the brewing process he created an ice cream flavour which was the perfect addition to my favourite course.

Happy conscious cooking everyone. Be sure to share any waste-reducing foodstagram moments with us at @massivemagazine. And if you want to get involved in reducing food waste on a larger scale you can go to www.kaibosh.org.nz to find out more.