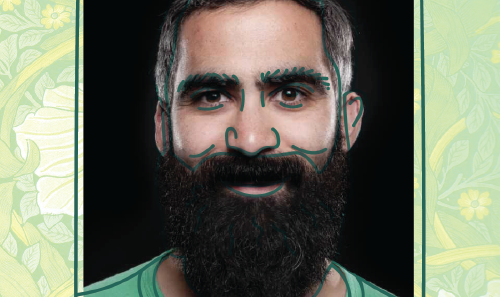 Jerome Chandrahasen started his comedy career 15 years ago in Wellington. This year he will perform the third show in his series of Five Fun Facts to the New Zealand Comedy Festival, aptly titled Five Fun Facts about Fajitas. Massive Magazine caught up with the Jerome to discuss making it as a comedian in windy Wellington and his most awkward performance.

How did you get into comedy?

It was back when I was at university, a friend of mine from high school… was doing stand-up comedy with the theatre group at Vic Uni, so that was like Ben Hurley, Steve Wrigley and a few other people. And he just sort of roped me into it.

First gig went great, second gig was terrible I didn’t go back for a third… but then the third gig went great again. And that was it, too late. Hooked.

A lot of New Zealand comedians have started their career in Wellington, do you think it’s a good platform for young, up-and-coming comedians to get noticed or practice their craft?

Yea, absolutely. It’s a really great place to start out because there is lots of opportunity for open mic nights. I am just tonight going up to the Raw Comedy Fest final in Wellington, the Wellington final and that has just sold out at San Fran. That’s been a really big part of introducing people to stand up comedy both as audience members and as performers on stage. There is just a really supportive vibe in Wellington, the audiences are great and there is a really nice community of performers as well.

Has it changed over the years?

It has definitely changed. Back when I started out it was one night, that was every Thursday at Indigo (or San Fran) and that was like the only gig in town. Now there is lots of little open mics that are running quite well, and we’ve got the Humourous Arts Trust, which is the charity in Wellington that runs a lot of stand-up comedy so through that we have been able to get lots of funding. The Wellington City Council help out with posters and we have had a few other grants which has really helped push the promotion side of things and help sort out the production side of things too which has been fun.

And you were a contestant at one stage?

What do you think your most awkward moment as a comedian has been? Is it particularly interesting?

I once did a gig at a nudist convention, this was out the back of Upper Hutt [in Wellington] and I was clothed but they were in various states. Some of them were wearing shirts but no pants.

So, you didn’t have to picture the crowd naked they already were?

They already were. I was standing up there… I am sure I was saying stuff that was funny but it was not connecting with them and 20 minutes of just disappointing about 100 naked people, it was pretty brutal.

Times like that would be enough to put you off, but do you get nervous these days before you are about to perform or are you more comfortable because you have been doing it for so long?

What’s this year’s show as part of the Comedy Festival about?

It’s Five Fun Facts about Fajitas. This year I have gone with fajitas, in previous years I have gone with flacons and before that was Finland. I think people just like alliteration. Basically, what I try and do is find some facts about a particular topic and then use that to branch off on my own story. I guess the past year has been a pretty domestic year for me… it’s been a lot of cooking and cleaning and cooking has been a big part of my life, so I think that maybe influenced the stories and things that have happened to me.

How did Five Fun Facts come about?

It’s the third year. For a long time, I used to host a quiz night it was like every Tuesday night, I did it for three or four years. You sort of noticed how it would bring groups of strangers together. Groups of friends and then groups of strangers. I have never seen adults so intensely focused on seemingly trivial information. It made me realise we love having those little facts, like what’s the capital of Slovenia or what’s the fastest bird. We like having facts to talk about it’s something people can agree on. From there, you can talk about stuff you disagree with. I like to try and use those sorts of facts to maybe start up a conversation or launch off into a different story. I think something everyone does is the afternoon quiz in the Dom Post, it’s a real common thing in work places to do. People just love finding out new little nuggets of information.

Is that a point of difference? Does it create a different spin on your show?

Yea and I can sort of get away with a lot, if I have got those five facts in the show I feel like I have achieved what I have promised the audience. Then I can go off and talk about anything else I would like as well. It’s nice to tie it in, force myself to try and tie my show in to hit all those five facts.