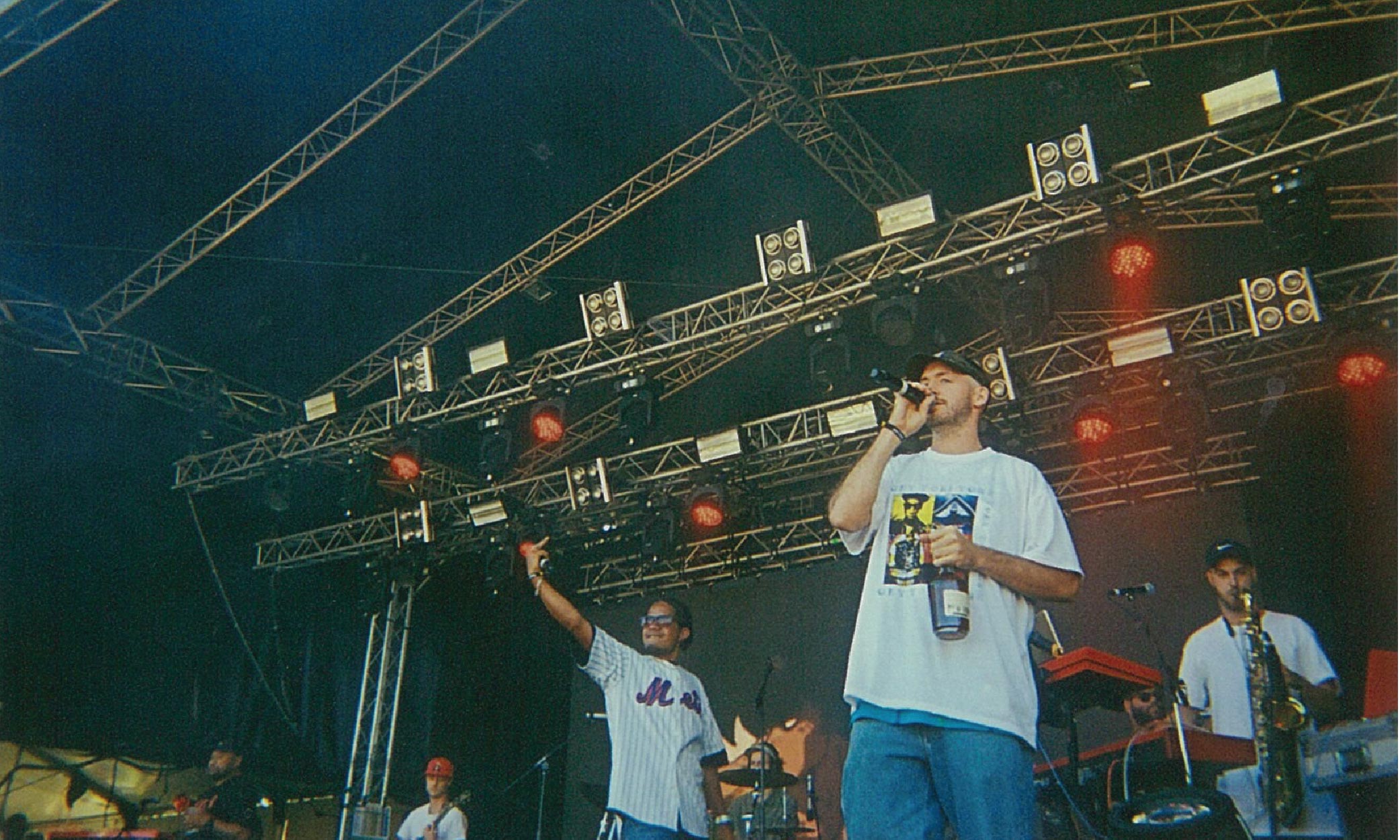 Wellington waterfront’s annual piss-up was soaked in sunlight and standard drinks. Five stages meant five cesspools of sweaty, beaned up bodies mashing against each other to the beat of their favourite tunes. The four page spread I had in mind for coverage of this event - the jewel in my journalistic crown - quickly disintegrated as I developed a migraine.

“I am a vegetable,” a man said assertively in the herbal fug of the Lab stage mosh pit as I wriggled past.

Grumpy, sweaty and starting to chafe, I managed to elbow my way past the rowdy youths into the exclusive pit of Home Brew.

The crowd screamed and some dude threw the roach from his joint into the pit. I’d seen enough here.

But upon trying to migrate to the next stage, I became overwhelmed. More overwhelmed than the time I went to Puzzle World in Wanaka with my dad and we got lost in a maze in thirty degree heat. Being ten with mild heat stroke and crying because my dad swore at me when I asked to go home was still more fun than trying to find my way around Homegrown. If a sober editor with a migraine couldn’t find her way out of the Lab stage, my gurning peers would never stand a chance.

“[It was] pretty fuckin’ criminal, we got lost a fair bit,” said one festival goer.

“If you didn’t know where the stages were, you’d be in some trouble,” his friend chimed in.

My only saving grace was the regular pit stops along the way - because you were in for one hell of a trek if you wanted to get from City stage to Dub and Roots stage in time for Kora.

But the thing that separated me from the plebs’ call of nature was the media lanyard dangling from my neck. In order to avoid contracting something from the humid portaloos, I was treated to the artist toilets. Lino floors, towelettes and a fully functioning sink were on offer for your near collapsing editor. This was the highlight of my short lived visit to Homegrown.

Having to tap out early in an Uber while clutching my head and crying like a little bitch, I was hoping the photos I captured on my disposable camera would tell the story of Homegrown for me. Turns out a finger over the lens would be the death of this dream. Enjoy the photo of Savage’s legs. I’m sorry.