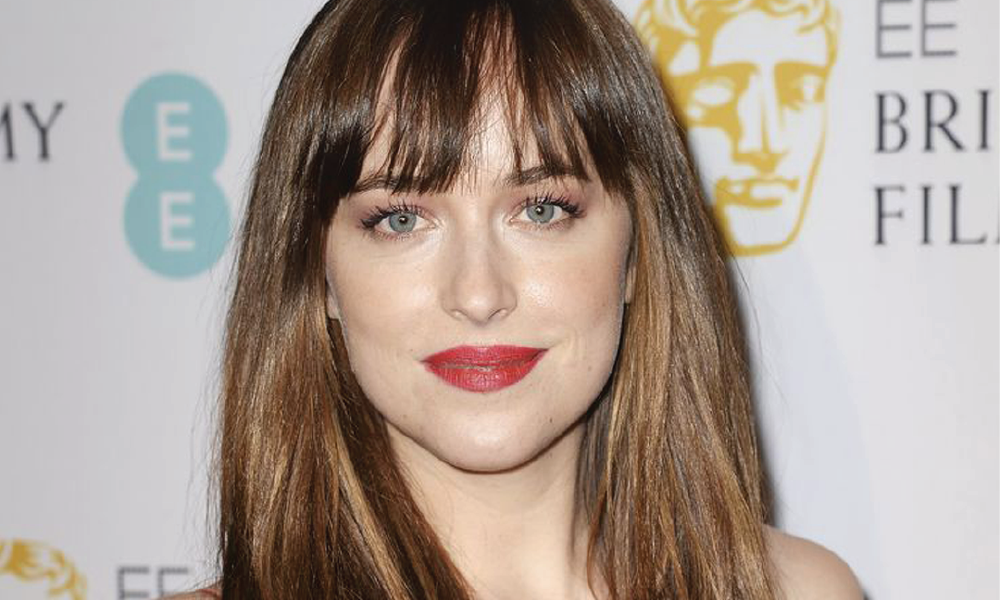 Fifty Shades of My Existential Crisis: I watched the Fifty Shade trilogy with my parents and it wasn’t what I expected

Sometimes life-changing events start in unlikely places, and in my case, it started from seeing Mamma Mia 2: Here We Go Again!

Before Mamma Mia started, the trailer for Book Club played, which is apparently a movie about a group of old ladies reading Fifty Shades of Grey together and then relating it back to their own lives (and yes, seeing Mamma Mia at the theatre by myself was the lowest point of my life so far, thank you for asking). As I sat there, I thought, what could be worse than a group of women reading Fifty Shades together? And then, after a couple of days, the answer suddenly hit me. I knew what would be much, MUCH worse than reading the book with a group of people, and I knew that once I had realised what this thing was, I had to do it.

I decided to watch the Fifty Shades trilogy with my parents.

I told them that if they support my “journalistic career” they would do this with me, so they agreed and we set off on this horrible, horrible journey together. Luckily, my local video store is closing down so I was able to pick up the first two films, Fifty Shades of Grey and Fifty Shades Darker, for $3 each on Bluray (which is NOT a dying media form, society). But sadly, I had to get the last film, Fifty Shades Freed, full price. So, after spending $31 total, we were prepared to get started. For a bit of context, me and my parents are pretty close and have been watching all types of movies and TV together for many years. This has included such scarring experiences as watching Gone Girl with them during a fundraiser in a very small theatre filled with old people, and watching Blockers together. When the highlight of a film is John Cena making eye contact with Gary Cole as he climaxes, that’s not a good sign for the film being family friendly. Realistically, we are pretty accustomed to anything films throw our way, but nothing could have prepared me for Fifty Shades.

But not in the way you or I imagined.

Before starting the movies, morale was already extremely low in my household. It was a Sunday night, my mum was just recovering from a cold which my dad had just contracted, and I had come home from work hungover. “On the bright side”, my dad said, “at least I get to eat those barbecue Doritos in the cupboard.” Morale was even worse once I told him that I had eaten them the night before, so things were not starting well. But luckily, once the movie started, things started to look up!

I am embarrassed to say that I kinda enjoyed the movie. The experience, not so much, but the film was fine. Every aspect was undoubtedly trash, but it was enjoyable trash. It’s like the $3 hotdogs from supermarkets. You know that they are definitely not real meat and are made from literal trash, but I’ll still be enjoying them at least three times a week. The acting was pretty bad, but I’m sure the actors tried their best when working with such a terrible script. “I’m fifty shades of fucked up,” is up there with the worst pieces of dialogue in film history, alongside “So that’s it huh? We’re some kinda Suicide Squad,” and, “It truly was a Shawshank Redemption”.

The first sex scene didn’t happen for 42 whole minutes, which meant that we had to sit through nothing but terrible dialogue acted mediocrely before anything ‘exciting’ happened, and arguably it wasn’t a very exciting thing to wait for. These movies think they are more risque than they actually are, because what we see is relatively normal for today’s standard of movies or TV shows. But to be fair, I usually don’t watch films purely built around dominatrix sex with my parents (or at all, for the record), so this was certainly a weird experience. The film was more plot-based than expected, so the sex scenes were few and far between, but still awkward whenever they did pop up. This movie intrigued me to see where the series was heading, and despite not being very good at all, I had a pretty good time with it. Not terrible, but still not that good either.

Okay, so this didn’t go as I expected at all. As I sit down to write this I am confused with no idea what to do. I expected to sit down and watch six hours of terrible porn-for-old-ladies with my parents which would be hilarious and awkward, but that is not what happened at all, except for the hilarious and awkward part of course. Watching slow and ‘emotionally charged’ sex scenes with your almost fifty-year-old parents is always going to be weird and if you wouldn’t find it weird, you had an extremely disturbing upbringing that I don’t want to hear about. There was lots of silence and uncomfortable laughter from me, and by watching the uncut extended editions of the trilogy, I bought extra awkwardness to our viewing party. But again, despite this awkwardness, the experience was nothing like I expected at all.

So how did this go wrong? What I am about to tell you I will never admit to anyone, ever, and I will deny the existence of this document until my last breath so don’t even try using it as evidence. I feel like I should be punished or something (and NO I don’t mean a Fifty Shades type of punishment). But anyway, here it goes.

I really enjoyed these two films.

Let me be clear though, these aren’t good films. They are terrible in every aspect, except for the soundtrack. Such classics as The Scientist, Never Tear Us Apart and that song by Zayn and Taylor Swift play throughout, and those are all pretty great songs. I’ll defend the soundtrack, but nothing else. They are a terribly made, terribly scripted and terribly acted series of films. But I loved every non-sex-scene second of it.

I definitely had some issues, but it didn’t take away from my enjoyment. Main love interest Christian Grey is controlling and manipulative and has the mouth of a baby, and I can’t see girls realistically liking him, or maybe I have just been doing it wrong my whole life. There was a point in Darker where main character Anastasia comes home late and he yells, “where the FUCK have you been,” and my Mum looked and me and said, “this guy’s a piece of work”. I have never agreed with my mother more in my life. Christian has some redeeming qualities however, the highlight being his zero-tolerance towards sexual harassment in the workplace. When he finds out Anastasia’s boss tried to kiss her, Christian immediately runs into the building yelling, “I’m gonna kill him” like a true hero. He then gets the boss fired, but OBVIOUSLY the boss comes back in Freed to take Christian’s sister hostage. Because what every romantic trilogy needs is a ‘pulse-pounding’ car chase-rescue mission in the final act.

Darker and Freed don’t treat their audience like the idiots they are, which is a big plus. The director makes two pretty great sequels without rehashing the events of previous films. Each film contains no exposition and casually reference previous events and characters expecting the audience to remember them, which made the trilogy feel like chapters in a book instead of three separate films. The pacing is also PERFECT, because even though each film was over two hours long, they felt relatively short but still ‘action-packed’. The series continuously references the 1967 film The Graduate and the classic Simon and Garfunkel song Mrs Robinson, which I feel aren’t references the target audience would understand. However, maybe I shouldn’t talk down on the fans of this series, because I am now one of them. I feel like my reviews for these two films don’t matter, I don’t need to give a star rating. I enjoyed them. It’s as simple and as horrifying as that.

But this is where my existential crisis comes in.

I have been obsessed with film and television for as long as I remember, and my friends and parents would probably call me a snob. I wouldn’t say I’m a snob, but in the least pretentious way of putting it, I would say I like watching quality not just entertainment. So, when my parents say, “Knight and Day is on TV, do you want to watch it?” or, “Can you download Independence Day Resurgence for us?” I am more than likely to tell them to piss off. But recently, I have loved purely entertaining films; my quality has arguably been dropping. I mean, everyone has their own guilty pleasure movies, but when do they stop being guilty pleasures and just become films you genuinely think are good?

I’ve always considered the quality of media I consume to be pretty good, but after realising I actually enjoyed the Fifty Shades trilogy, I have been reflecting on the things I love and am questioning everything. Fist Fight, Forgetting Sarah Marshall and Horrible Bosses all come to mind as films that aren’t very good but I absolutely love and have seen countless times. Outside of the movie world, I also enjoy pretty shoddy entertainment as well. Every night I listen to an episode of The Ricky Gervais Show, a radio show that ran from 2001 to 2005 hosted by Ricky Gervais, Stephen Merchant and Karl Pilkington. It is by far the worst radio show to ever exist. The audio is terrible, the conversations are nonsensical, and the amount of effort put into the show by the hosts is appalling, yet I have still listened to an episode a day for the past five years. I can admit that I am a man of both high and low culture. I love Lorde, but I also adore Taylor Swift. I love New Girl and I don’t like Game of Thrones. Guardians of the Galaxy Vol. 2 is by far my favourite Marvel movie. My tastes are all over the show.

The whole idea of good taste and bad taste in media is insane, because some people can have both; I have both. Watching Fifty Shades has taught me that I am not better than media, and people are not defined by what they like. I surprisingly enjoyed Justice League, and I recently started watching 30 Rock which I always considered as the stupid show they would play before Community, and I love that now too.

So please, I beg you.

Maybe it’s finally time to watch Riverdale. Maybe it’s time to finally read Turtles All The Way Down because apparently John Green isn’t ‘cool’ anymore and you’ve been putting it off. Maybe it’s time to listen to Taylor Swift’s new album that your friend with bad music taste keeps recommending (That’s me. I’m that friend).

The pop-culture world is filled with media that isn’t getting consumed because we prejudge. Who cares if it only has four on IMDB?  Media is subjective, watch it anyway! Fifty Shades has had a bigger impact on me than I ever expected, it has taught me a very valuable lesson I have been able to share with you all.

But just be glad that you have learnt this lesson from me and not from watching six hours of socially acceptable pornography with your parents.

You’ve had it easy.