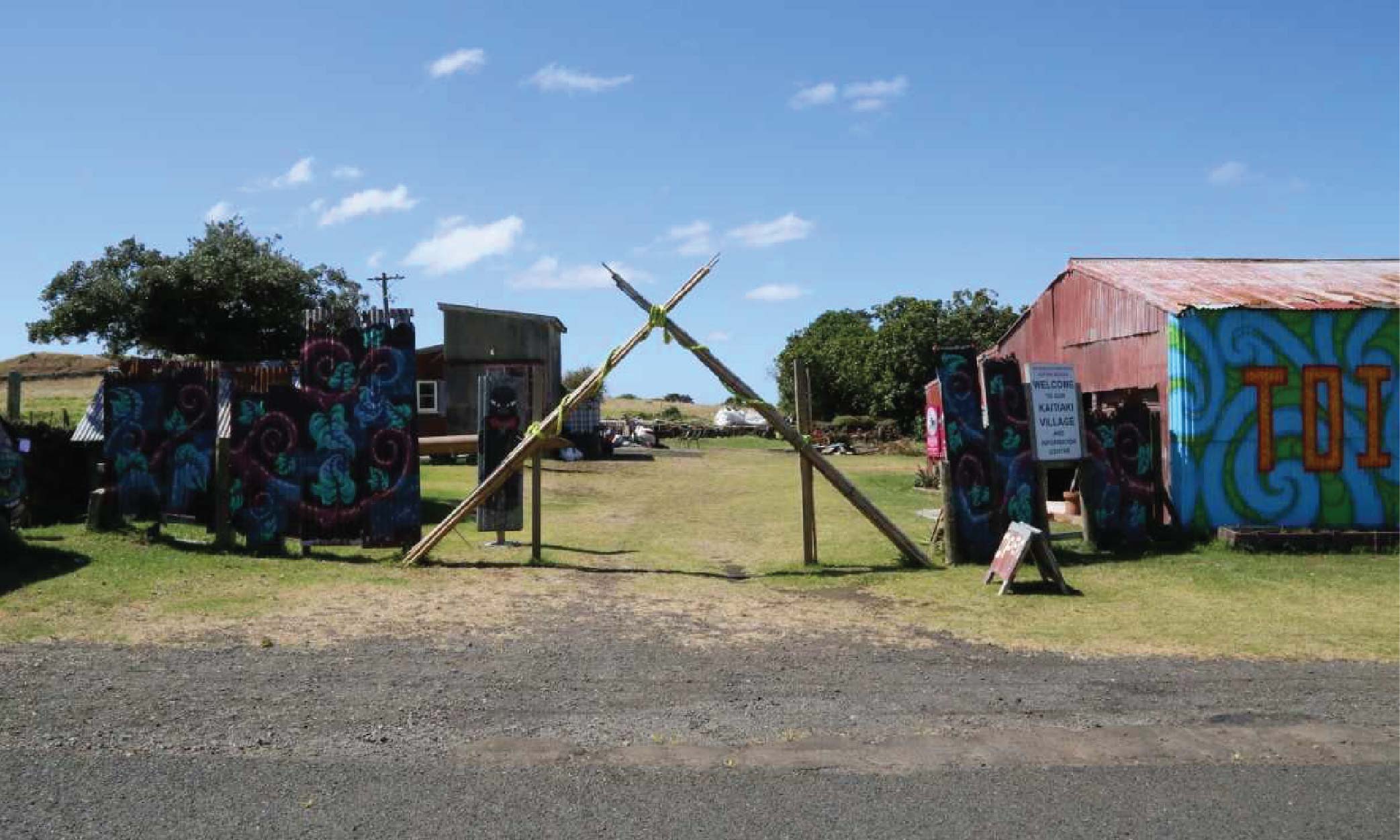 Massey University CMP student Nicolette Hurnen has just finished shooting a documentary about the heart-wrenching land battle between Kainga Iwi and Fletcher Building Limited. This is what they unearthed.

“You never know how strong you are until being strong is the only option you have,” states one of the many signs that populate the fence line along Ihumātao Quarry Road, roughly five minutes drive from the Auckland Airport. The sign captures my attention and as I aim my camera towards the painted sign, I pray that the documentary I am filming will motivate others as much as hearing about the injustices that have taken place here have motivated me to make a difference.

Ihumātao is the oldest continuously occupied land in New Zealand. Carbon dating has been used nearby and puts the settlement of the land at around 1160AD - 12 century AD. I see the centuries-old stone walls that the Kainga Iwi used for gardening which creep along the land like rivers of rock, and it’s hard to imagine that anyone would want to build over 400 houses right here where I stand. This is only the latest injustice Ihumātao has faced over the last 200 years.

Even the road name gives a glimpse into some of the injustices that have happened here at Ihumātao. The quarrying of sacred Maunga; the sewage ponds that were built on land traditionally used for gathering and growing kai; the industrial dye spill that devastated the Waitomokia stream and Ōruarangi awa, and the destruction and desecration of a sacred 600 year old Urupa (cemetery) for the runway extension at Auckland Airport.

“They removed the bodies and gave them back to us in sacks,” one elderly Kuia told me off-camera.

She later told me about the British who took the land because the Iwi supported the Kingitanga Movement. The hardest part was listening to her while she weeped, when she talked about how her mother and a few others were the only survivors after the British lit fires outside the caves the women and children were hiding in.

“When have we had enough?” she asked.

Pania Newton, one of the founding members of Save Our Unique Landscape - or SOUL as it is more commonly known - walked us through the Ōtuataua Stone Fields,
the only part of Ihumātao which is currently protected from development.

“This was all protected once, all of the land you can see. But the council re-zoned this area for development,” Pania said, gesturing to the land surrounding the house.

SOUL is occupying this house after Fletcher Building Limited demanded the previous tenants leave at the end of their term as the company planned to demolish the house. The Auckland Council stated in an article that the area they gave Fletcher consent to build on has, "significance to mana whenua, an important archeological site and educational resource.”

Now known as Special Housing Area 62, Fletcher have no concern for the historical significance of the site, but would prefer to move the focus back to the housing crisis New Zealand faces at the moment. However, what I can’t understand is why Fletcher are so keen to build somewhere so treasured? Surely we are in a housing crisis, not a land crisis?

The tension between foreign-owned Fletcher Building Limited and SOUL is rising. In the process of being classified as an at-risk World Heritage site, archaeologists describe the stone fields historic reserve as New Zealand's stonehenge.

“It would make no sense to put a development of that size right next to stonehenge,” Pania said.

Ihumātao was not the only significant area of historical importance in Auckland.

“There’s over 8000 acres of land just like this across Auckland City and in the last 40 years they have all been destroyed. This is the last remaining piece, and we need to protect that.”

SOUL has done everything imaginable to protect the land. They have lobbied the council and the government, and have protested outside Fletcher offices all around New Zealand.

“We have been to the United Nations three times and mobilised our people, but that hasn’t been enough to prevent Fletchers from advancing] their development and that’s purely because the law is set up against us.”

One day soon the police are expected to raid Ihumātao because the rightful owners of the land, the Kainga Iwi, are not the legal owners. When should we, as people of New Zealand, decide to step in and fix the wrongdoings of the British? The answer to that question is we should step in right now. Not tomorrow, not in an hour, but this second.