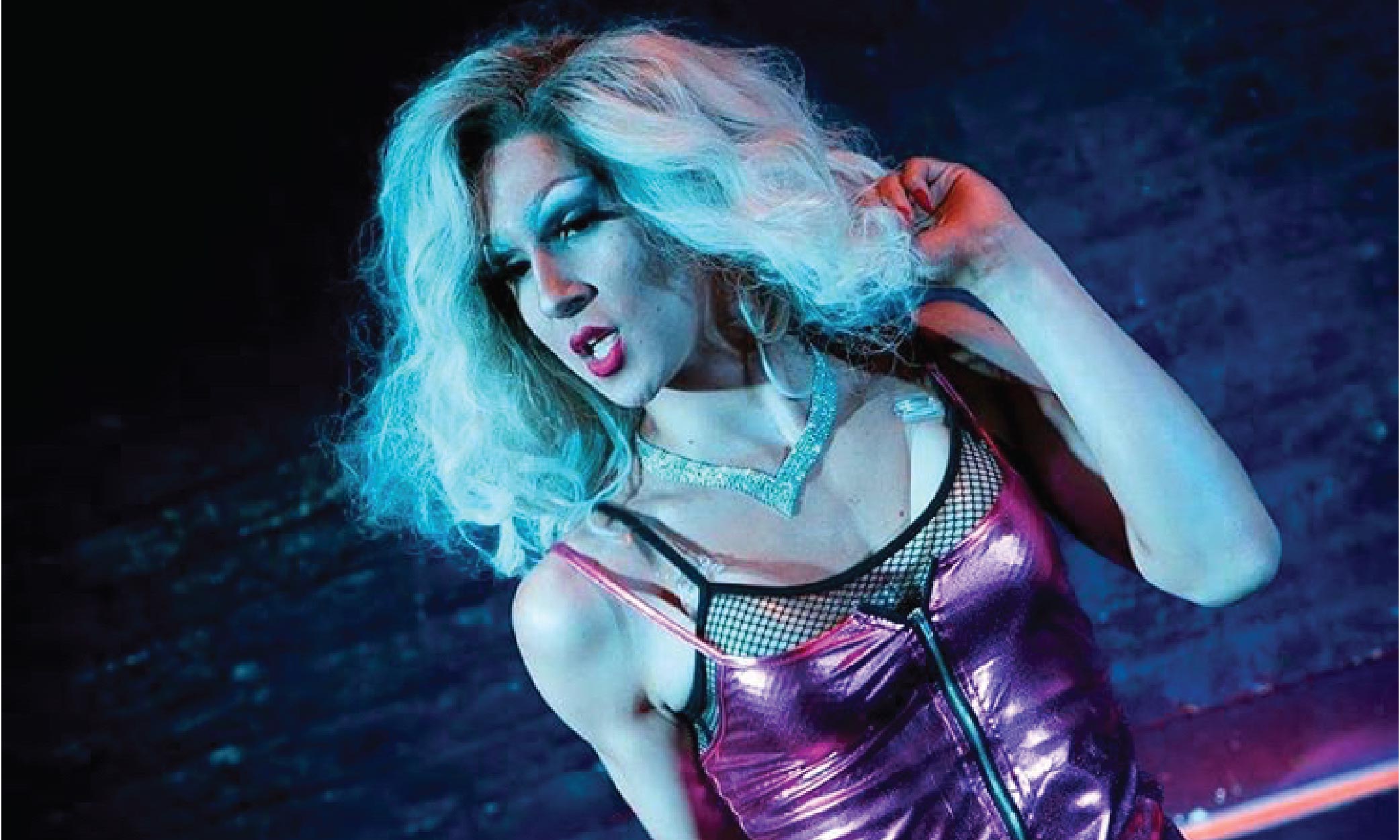 In a world where young people are desperate to to be seen, it only makes sense that more and more adolescents are adorning themselves in fluorescent wigs, dramatic eye makeup and heels higher than my mother’s expectations.

Historically, the word ‘drag’ stems from a slang term used in theatre, where men cross-dressed as women to play female roles. Drag has come a long way since then, gaining exposure through movies such as; Pink Flamingos (1972), Paris is Burning (1990), The Adventures of Priscilla, Queen of the Desert (1994) and, of course, the TV Show RuPaul’s Drag Race, premiering on Logo TV in 2009.

A whole community of young adults are venturing into the world of drag performance and finding themselves, their identity and their family in the drag community.

I sat down with three up-and-coming drag performers - Alessandra (Lala Loopsy), Taylor (BabyFreekk) and Ethan (KingChloe Tamekehu). On a rainy Sunday morning, with chipping acrylics and fading hangovers, the three performers chatted to me about the ins and outs of drag performing, and what it means to be a drag queen in Aotearoa.

“Drag is a community,” Alessandra told me, thinking of her peers in the Auckland drag scene.

“A lot of us don’t have particularly supportive families, and the drag community gives us a sense of belonging.”

“With drag, you’re not stuck in the confines of the body you’re born in,” added Ethan, a Wellington-based drag queen from the Benchwarmers drag clique.

Drag gives the performers a persona and character to explore themselves through. Whether that character is a heightened version of their natural self or someone completely different, drag can be a gateway into a fantasy world. Like Hannah Montana, drag queens can truly get the best of both worlds. But the life of a drag queen (and all the raunchy behaviour in the Family Bar bathrooms) won’t be showcased on Disney Channel anytime soon.

In the drag community, performers are members of a Haus or family, with drag mothers and sisters being a common mentoring system used to help new performers break into the business and gain notoriety. Alessandra is Taylor’s drag mother, with both of them being part of the Haus of Coven-Carangi. This relationship stemmed from Taylor attending a party at Alessandra’s flat.

“I was invited to a drag party and I’d never been to one before, but thought it sounded like fun,” Taylor said.

“When I showed up, Alessandra was there and was like; ‘are you going to get into drag?’ I told her I didn’t have any wigs or makeup and she just said, ‘I’ll put you in drag.’ I’ve been doing it every weekend ever since.”

Even with the empowerment and glamour of drag, there are still downsides. Many people make assumptions about what it means to be a drag queen, and their comments aren’t often given in the friendliest manner.

“Most of the time, people make comments that either are or aren’t true,” Taylor said, “You need to be able to deflect them. You need to have thick skin.”

It takes incredibly thick skin to walk around Karangahape Road, one of Auckland’s most dangerous streets littered with strip clubs and homophobes, as a teenage male in fishnet stockings.

“You can’t show weakness in front of the straights!” Taylor joked.

Another downside to drag is the stereotypes, a lot of which are perpetrated through RuPaul’s depiction that all drag queens are cis, gay men. This is far from the truth.

These are but a few of the ways drag performers can adopt the art form.

“So many people come up to me and ask; are you a real woman or are you a drag queen?” Alessandra said of her experience as a hyper-queen.

“People don’t realise that I can be both a ‘real woman’ and a drag queen.”

Ethan, a traditional, masculine-presenting drag queen, joined in on the discussion. “So many girls have come up to me and said stuff like ‘I can’t do drag because I’m female,’ and I always reply; ‘yes you can! Anyone can!’”

People also frequently confuse dressing in drag with being transgender.

“Dressing and performing in drag is not the same as being transgender,” Ethan said with an exasperated sigh.

“And cross-dressing is not the same thing as drag.”

Ethan identifies as Takatāpui, a Māori word that historically means ‘intimate companion of the same sex’ and has since been reclaimed by the Māori LGBT community to be used by individuals who are part of the queer community. Ethan sees drag performing as part of who he is, just like his cultural identity, but doesn’t think that labels should be used to define a person.

“Through drag, I have found the more feminine side of myself,” he said with a laugh.

“And now lots of straights can’t tell the difference between me and a ‘real’ woman.”

Even with the negative assumptions, all three of the performers love the world of drag and are grateful to have entered the community. Alessandra, Taylor and Ethan urge anyone interested in trying drag, regardless of their gender, age or ethnicity, to give it a try. No one person defines what it means to do drag.

“And within that, you can explore any sort of facet.”