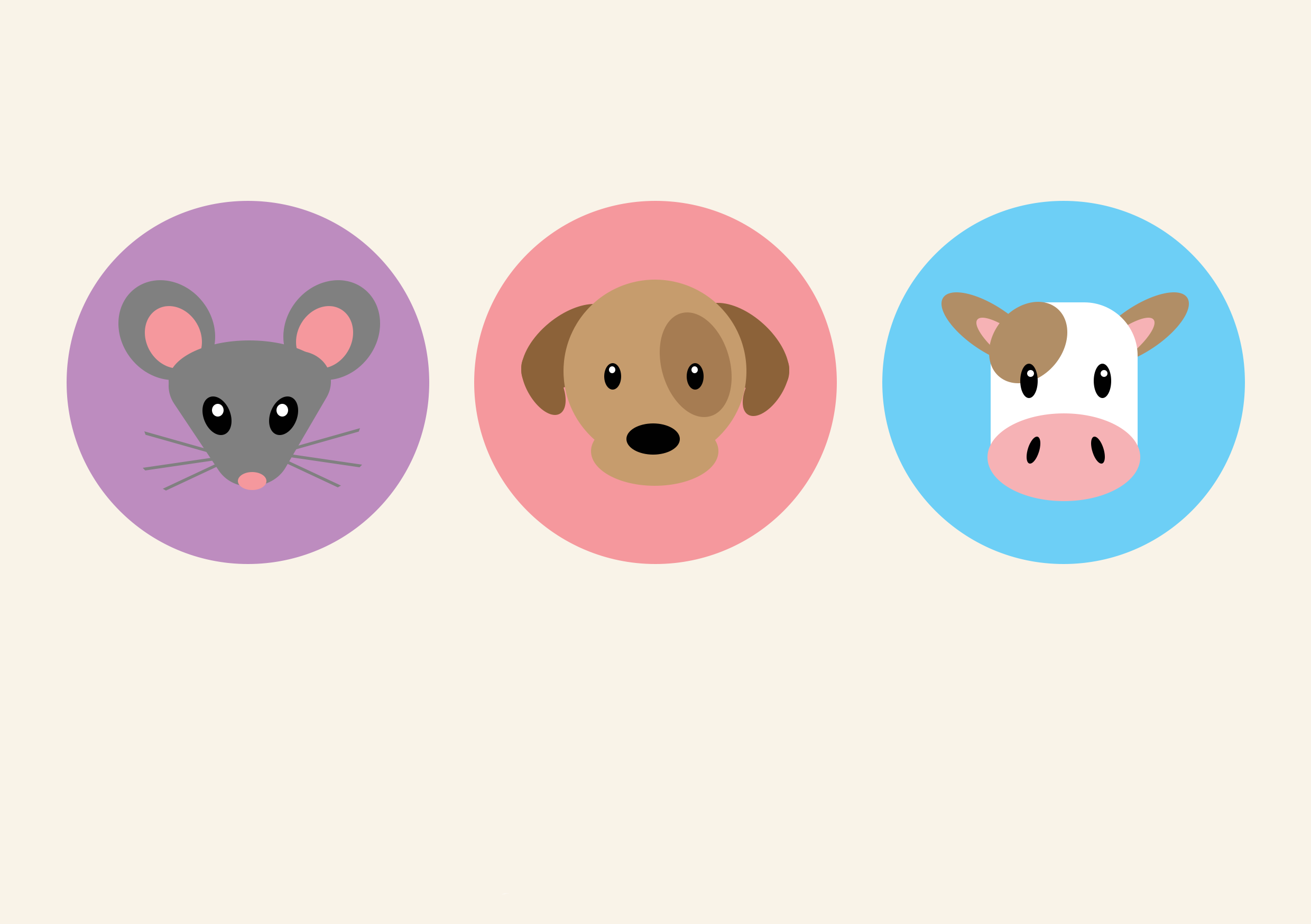 Animals, experiments, and sitting on No. 8 fences

Aotearoa, New Zealand – clean, green, peaceful, and seen as a quiet little utopia by the rest of the world. We were first to give women the right to vote, we've got marriage equality, the Rainbow Warrior, and we're onto our third female Prime Minister. We don’t even test on animals anymore, we got rid of that and the world applauded us. While the testing of cosmetics on animals in New Zealand has been banned, thousands of animals are still used in laboratories throughout the country each year. We know scientific investigation using animals has been recorded since as early as second century BCE. Aristotle and Erasistratus used animals to conduct medical research, as did Avenzoar (one of the pioneers of surgery), who practiced his new surgical procedures on live animals to perfect his skills before attempting them on humans. This practice is still common within modern medical research, but is that all animals are used for?

Obviously, New Zealand has restrictions on animal testing. For a research proposal to be approved, it must be submitted to an Animal Ethics Committee (AEC). Most research organisations have their own, but those who don’t can apply to another’s committee. These committees consist of at least four members, three of whom must be ‘external’ (not a part of the organisation), one being a nominee of an approved animal welfare organisation, one a nominee of the New Zealand Veterinary Association, and the last being a lay person (to represent the interests of the public). These members are reviewed by MPI at least once every five years. AEC’s receive advice and guidance from the National Animal Ethics Advisory Committee, which must also provide advice to the Minister responsible for animal welfare. For a proposal to be accepted, it must also adhere to “the three R’s” of animal research. Replacement, researchers must prove that there are no alternatives to using animals (non-living models, simulations, etc.). Reduction, they must use the smallest number of animals possible, and Refinement, the experiment must be as refined as possible to minimise the animal’s pain and distress, and to enhance their welfare from birth to death.

Of course, animal testing goes beyond our borders. Our scientists are not only improving the welfare of our animals, but the welfare of all. For example, animals used in the production of halal meat must have their throats slit while alive, which can cause a lot of distress. Research conducted within New Zealand has proven that stunning an animal before slaughter (rendering it immobile or unconscious) ensures as little suffering as possible, while still adhering to the halal method. In the United Kingdom, 80 per cent of animals are now stunned before slaughter – that’s roughly 91 million animals given a better death due to animal testing.

Farm animals are the most commonly used for research and testing in New Zealand (hardly surprising, given the fact that our country’s economy depends on agriculture). But when it comes to these animals, a lot of research involves searching for new ways to improve their welfare within the industry. This is demonstrated by a recent shift from negative to positive welfare, from simply avoiding the bad, to actively adding the good. Researchers refer to this as giving the animals a ‘good life’, enhancing their welfare by providing things that they enjoy (back scratches, because who doesn’t love a good back scratch), as opposed to a ‘life worth living’ which removes things that cause harm. Scientists constantly research new ways to improve animals’ diets, reduce infection and disease, and ensure that animal welfare is a top priority for farmers. Some of this has led to the development of vaccines, which assist in saving animals from painful illness or death. Testing conducted on farm animals has led to benefits for us as well, for example: blood transfusions, life support systems for premature babies, and a wide range of antibiotics would not be possible without animal research. Animal testing not only benefits animals, but it benefits us too.

So, what’s the big deal with activist groups?  Well, a lot of research still affects the animal's wellbeing, causing pain and distress despite “the three R’s” being in place. For example, to test productivity, feed digestion, and bacteria, researchers commonly fit cattle or sheep with 'fistulas' (a plastic tube inserted into the stomach and capped off at the end), giving easy access to the animal's insides through a hole in their side. Yuck, right? Monitoring the gut via a fistula allows the use of less feed, while producing more milk or meat per animal. Fistulated animals are also used to investigate how to reduce the amount of greenhouse gases produced (e.g. methane), while still providing a decent yield of milk or meat. To test this, the animal is placed in a small chamber to allow the measurement of their gas production. So, fistulation essentially aims to increase an animal's profitability. Some have been given urea (a toxin), with their stomach contents removed daily to measure the effect on the toxicity of their urine. Alas, results from many fistula related experiments have provided inconclusive or unusable results.

While we may be leading the way in some aspects of animal welfare, we have also attracted rather nasty international attention for our research. In 2015, the University of Otago caused a media uproar after shooting a group of live pigs in the head. This research was conducted to measure blood-spatter from gunshot wounds, which could be applied to human murder victims. The pigs were not stunned or drugged, the landing of their blood was simply recorded before moving on to the next pig. This experiment went through all the approval processes necessary for animal research; deemed necessary and justified by the researchers (and the committee which approved it). But the public, NZ and otherwise, disagreed. If NZ is a caring, lovely place, with strict rules about animal testing, why did we let this happen? Well, it’s unrealistic for the public to have their say on every instance of animal testing, but if public opinion was the main factor in banning cosmetic testing, should the public have some say on the topic in general? Problem is, not many people are informed enough to join the discussion.

A conversation about animal testing can’t be had without considering animal rights. This is based on the idea that animals have a moral status and can be treated with some form of kindness because of it. Most people would agree that there is already a kind of moral status assigned to animals, such as not beating your dog, or not purposely running over your neighbour’s cat because it’s dug up your tomato plants for the second time this week... But what kind of status do they have exactly? Some philosophers argue that they should be allowed the same respectful treatment as us, that is, we shouldn’t use or treat them in any manner that is unacceptable for humans.

There is a declared set of rights entitling humans to higher considerations than animals. But human rights only emerged during the second half of the twentieth century, we spent much longer without any “declared rights” and still understood what was morally right and wrong. Many opinions have been formed based on how animal experimentation has aided understanding of biology and medical procedures. These experimentation practices are justified by phrases like “animals are different”, “humans are more important”, and “they are less intelligent, so they don’t even know”. The difference in cognitive ability is an obvious distinction between us and them, leading to the exclusion of animals from voting in general elections or getting married, but isn’t necessarily an excuse to splatter their brains all over the place. As Jeremy Bentham famously said, way back in 1789, “the question is not, can they reason? Nor, can they talk? But, can they suffer?”

Most people believe animal welfare is an important issue, evidenced through passionate support for initiatives that ended the use of sow crates and animal testing for cosmetics. But what happens if you don’t think it’s okay to violate the moral rights of animals through experimentation, except for when a lifesaving cure may come from it?  You might decide that your values align with a reduction in testing, meaning you think it is okay to use animals in experimentation if absolutely necessary. If you subscribe to this ‘middle ground’ theory, you will want to be assured that these animals are allowed as much of a normal life as possible, provided with comfort, and the best treatment available. Lots of us have settled for this theory until alternative methods are developed, but you don’t have to keep quiet or sit and wait for those strategies to come into being.

Let’s get things moving by opening a public dialogue on our national animal testing. Take the time to understand where the different perspectives are coming from and listen to those with diverse experiences and opinions. The ideas about moral considerations involving animals have been argued for hundreds of years, and yet we’re still talking about the same things. How do we start a conversation?

Here are some ideas:

-Support your local animal welfare initiatives, or keep an eye on what they’re doing

-Try not to take your local vegan and their tofu personally

-Consider animal research in Aotearoa and how it sits with you