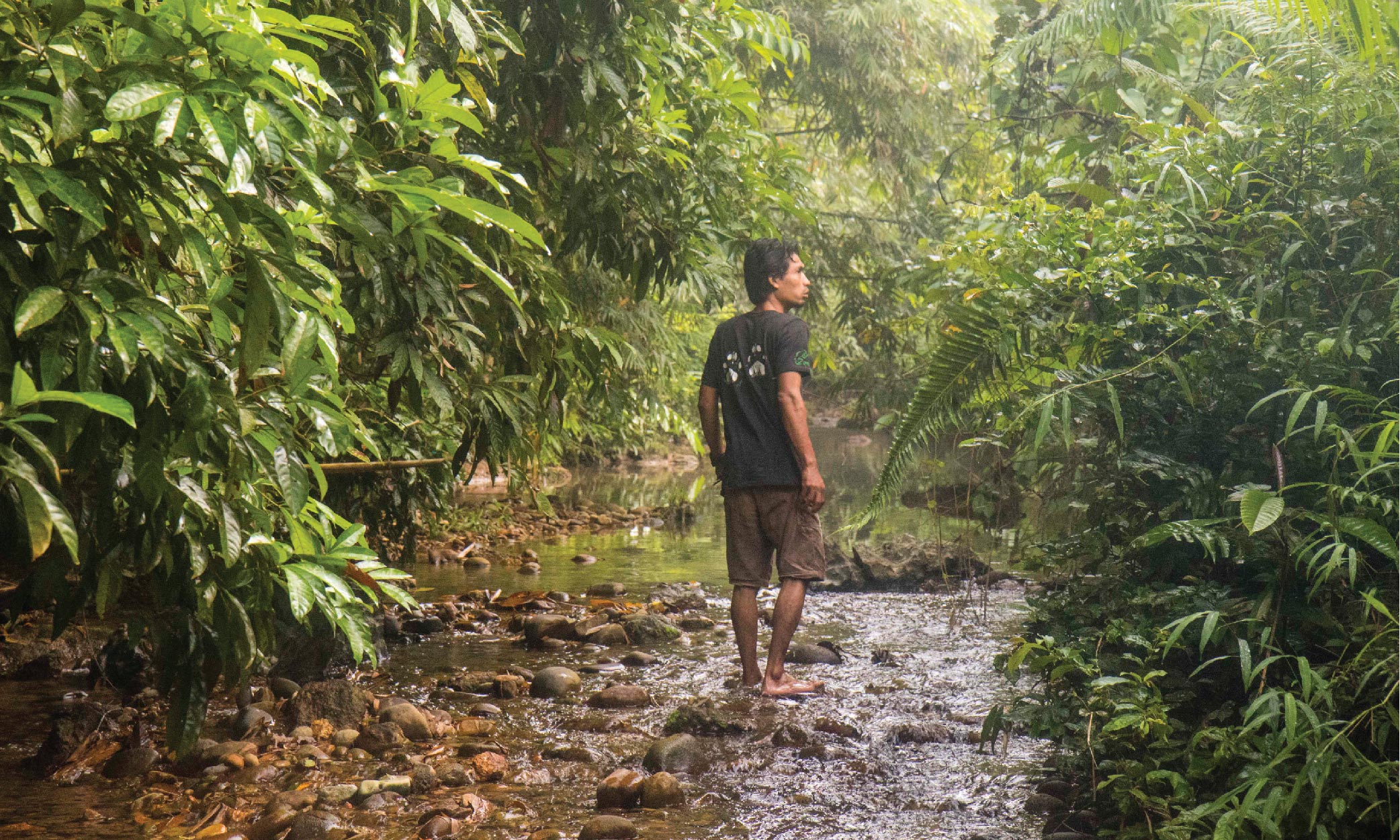 It’s going to be our generation and the one after that saves the world. Tod Emko and Vanessa Rowe think the same thing. Massive sat down with the respective founders of Darwin Animal Doctors and Stay Wild to find out what they’re doing in the name of colonial conservation, humane education and three-legged dogs.

With a background in zookeeping – specifically looking after Sumatran tigers – Vanessa Rowe was itching to use her skills further afield than New Zealand. Her passion for tigers led her to Sumatra itself, where she started building relationships with locals from small villages surrounding the large Gunung Leuser national park. It would be these key relationships that built the foundation for her charity, Stay Wild.

“Long story short, we’ve got four local Indonesian people that we pay to monitor this area of jungle outside the protected national park,” she said.

The animals aren’t conscious of the invisible boundaries that humans have imposed on their habitat, so will still venture outside the park in search of food and mates – making themselves vulnerable to illegal hunters and poachers in the process.

This only highlights the importance of Stay Wild’s physical presence on the outskirts of the jungle to keep poachers at bay. They also set camera traps to monitor what species are moving around in the forest – this will help the group come up with a biodiversity assessment of the area to emphasise how important it is to protect the jungle.

“[We will] use that information to educate the village communities around that forest so that they also realise how important it is to protect it,” Vanessa said.

Stay Wild have taken the phrase ‘knowledge is power’ literally. For many members of their team, their parents were traditionally illegal poachers because this was the only way they knew how to put food on the table for their children. Arming their team with the knowledge of how to protect the Leuser ecosystem means the next generation can make a living in a more sustainable way.

“That’s why we really want to employ people around this forest and give them different opportunities for income, so they don’t feel they have to go and do poaching,” said Vanessa.

But redesigning an entire education system and detangling years of tradition isn’t a quick process, as Vanessa admitted herself.

“There’s definitely lots of ups and downs and I can’t lie, there’s been times where I’ve just felt like giving up.”

Vanessa has bankrolled most of Stay Wild’s efforts herself, spent hours lost in a jungle, been attacked by leeches and fought for funding – but through it all, she said she feels like they are making a difference for these indigenous communities and their ecosystem.

“That’s basically why we continue and why our volunteers keep coming back - because we can see that it’s making a difference for the people in the area.”

Despite being poor students, Massive readers can also help make a difference. Vanessa encourages students to be as educated and conscious in their consumerism as much as they can within their budget. And if anyone is looking for an overseas adventure, Stay Wild is in desperate need of people to teach English in the small Sumatran villages.

Reach out to Vanessa on staywildtiger@yahoo.com for more information on volunteering.

For New York native Tod Emko, his conservation efforts were catalysed upon meeting a badly injured puppy in the Dominican Republic.

Earning the nickname ‘Piggy’ for his resemblance to a tiny, hairless piglet, the locals were grateful that Tod and a team of veterinarians were on hand to amputate the puppy’s leg. However, they knew that once the group departed, there would be no more vets in the area to continue with Piggy’s recovery.

So, Tod left the Dominican Republic with a three-legged dog and an idea.

“We started wondering how many of these amazing spirits are out there… but just don’t have a chance because they – like him [Piggy] – didn’t have any services,” he said.

“These high-volume campaigns are amazing – but what happens for the other 50 weeks of the year?”

Thus, Darwin Animal Doctors was born. The group built the first veterinary clinic in the Galapagos Islands, amongst a community suffering from a lack of agency.

Large non-profit organisations providing relief in lump sums to these communities were only band aids stretching across a gaping wound. Darwin Animal Doctor’s approach meant they treated this metaphorical wound itself.

“Their biggest issue was they felt they had no power in their community. That even in their own home, a group of foreigners could come by and say, ‘Oh, you’re terrible and I’m going to stop you doing the things that you’re doing to wildlife –  and if you don’t I’m going to throw you in jail,” said Tod.

This meant well intentioned conservationists were often instead coming across with a colonial tone.

“This means children can grow up looking to their own community for expertise rather than relying on the white man. That’s the only way you can get people on board and actually make a difference.”

Along with Stay Wild, Darwin Animal Doctors is recalibrating the model of life in small Sumatran communities to give the power back to the local people.

“So, when we catch somebody poaching… let’s teach them they can still use their jungle skills and their lifetime experience of tracking through the jungle, to help conservation,” said Tod.

This model of humane education is slowly, but surely working.

“These former poachers and former illegal loggers are teaching kids how to set their camera traps now.”

Vanessa and Tod know that giving power back to the people is the slow road to saving the world – but it’s the only one.