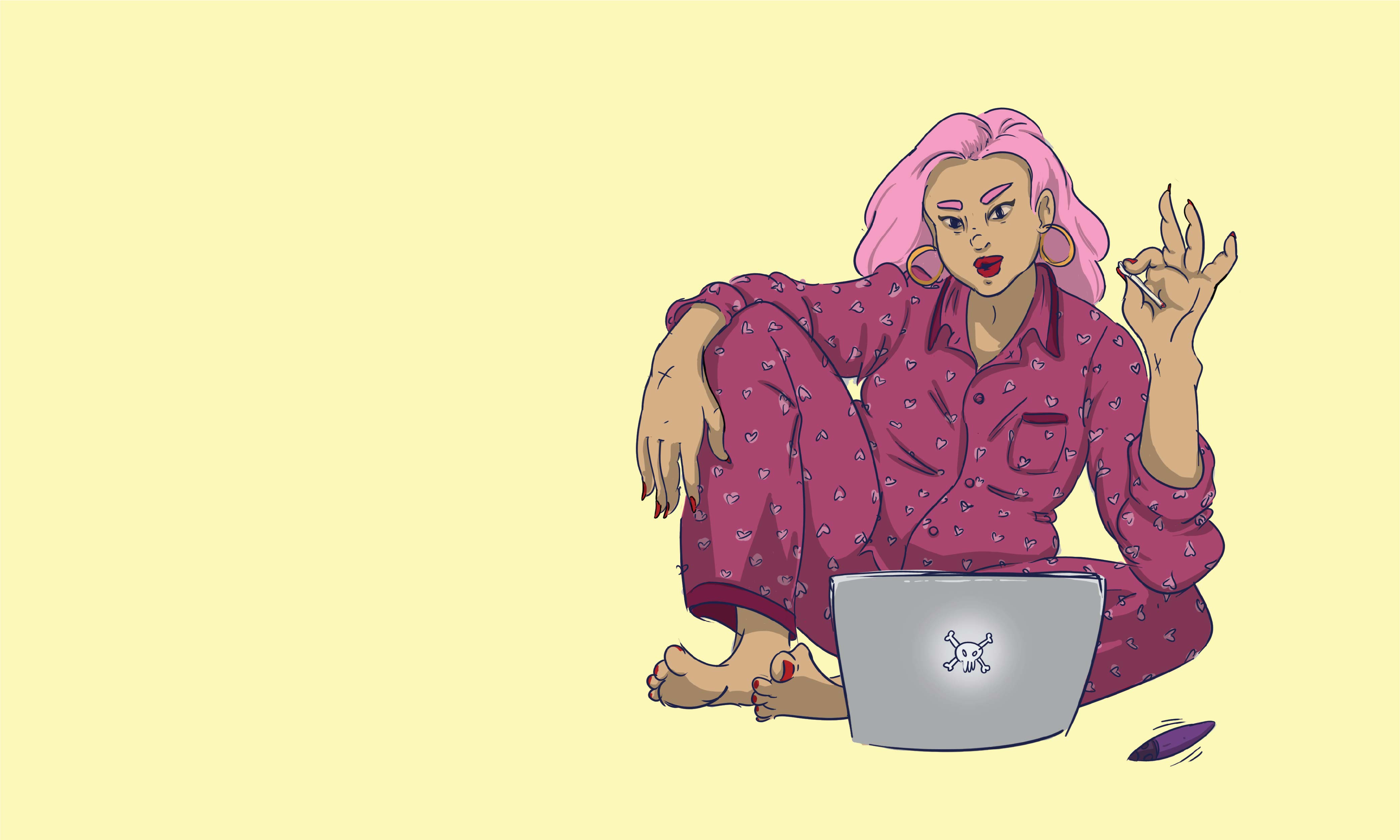 Let’s talk rights. Especially rights to this bomb as pussy. So, who has those rights you may ask? No-one, boo - unless I say so. I don’t know what it is, but lately ya sis has been really feeling herself and just not taking no shit. It’s like, unless you paying my bills or adding to my life in a positive way, get the fuck out. I’m 25, I don’t have time for small-minded boys thinking I’m going to be their easy go-to pussy.

You can’t text me at any hour of the day and get any. This ain’t no in-and-out, boo. I’m proud to say that when I get dick now, it’s on my terms. I call the shots. If a guy pisses me off I have no problem flicking them off. This queen does not have time for that shit and neither do you. But I’ll tell you one thing that honestly grinds my gears and actually puts me off a man instantly. What is it? When a guy goes in raw with no question of, “are you on the pill?”. Now when I say raw I mean with no condom on. It’s like they don’t even think to put a condom on. They just shove that thing in there. Like, don’t get me wrong, I’m fine with raw sex - however only with a partner and if I’m on the pill.

Like, I’m sorry, but what part makes you think it’s okay to shove your raw dick in me? Let’s just look past the fact that you didn’t even offer to warm me up. We were kissing and you just thought, “Imma smash this wee man in.”

Like no, bruv. I ain’t in the game to catch a STD or get pregnant. Frankly, I find this to be so disrespectful. Like wrap your fucking willy, bruv. Some of you might be like, “you should mention to them to wear a condom.”

No sis and sir. Wee man should just fucking know. Like, why should I have to warn a boy about how to use their pepe? They should just fucking know. Like, we took sex ed. There are ads on the TV, social media and even bus stops - and I still have boys trying to smash it in raw. It’s like when guys are like, “I can’t wear a condom it makes me go soft.”

Not my fucking problem. Go see the doctor.

It’s kind of like even when I call them out (which I have every time) and pull back and say ‘the fuck bruv?’ It’s already been in there for a second. In that second, I could have caught a STD or even gotten pregnant. So, when a guy says “my pull-out game is strong,” make them wrap that boy up.

Like if a guy goes in raw or does not want to wear a condom, I will not have sex with them. This dude I was talking to did it to me. I loved his personality and thought he was a great guy, buuut he goes in raw. I now am no longer interested in said guy, nor do I want his pepe anywhere near me.

So men, wrap that fucking willy. I shouldn’t be having to say this. Like, you can get free condoms these days, so fucking use them. Don’t be a dick. Ladies, call them the fuck out. If a guy cannot respect you enough to put a condom on or even ask if you’re on the pill, get rid of him. Like, there’s plenty of men who will happily wrap their willy. It’s 2019, why are we even having this convo? I don’t want to have my vagina burn whilst I pee. I don’t want to have a baby right now. I don’t wanna get herpes. So back the fuck off with that unprotected dick.