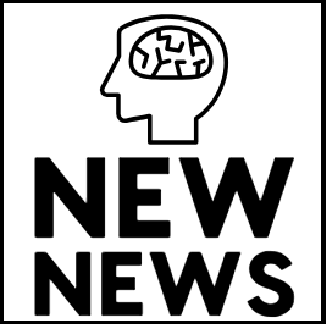 Time for some tech talk. Universal tech talk. You know, things everyone can understand. We are going to deposit kilobytes of information straight from this page to your memory—prepare. The first paragraph will be presented in binary code, the second will be in Morse Code, and the third will be an update provided at a later date. Technology rules the world now, and it appears its reach and prevalence will only continue to expand. The gap between the younger and older generations is becoming more and more apparent, partly due to the popularity of technology. I guess what we have to decide is whether or not we keep the older generation around, or simply replace them with machines that complain to the manager and drive awfully. At The New News we believe that although it is important to understand and adapt as technology develops, the most important thing to remember is that true connections between people are face to face and in the flesh. Tinder is great, but nothing quite beats spending weeks summoning the courage to ask that cute girl out just to be rejected in front of the whole class after you do a cool dab or something. Right?

01101100 01101001 01100111 01101101 01100001 0001010. And now for something slightly different we move onto Facebook. Quick fact, Facebook was founded in 2004. Crazy, huh? That was literally like three years ago. Seems like time has flown. Anyway, most people will admit that they spend too much time scrolling through their newsfeeds. I mean, pictures of dogs, other people getting engaged, the few people that still rant about minor things, what is not to love? Well, I'll tell you. Facebook monitors everything you do. Everything. Ever talked about something arbitrary, just to have it pop up in an advertisement moments later? I have. In their latest press conference, Facebook announced that they were planning ways to incentivise time spent on Facebook. Just in case people didn't already procrastinate enough, Facebook detailed the ways in which they were trying to captivate scrollers for longer. Soon, Facebook will be releasing a rewards/achievements system in which Facebookers are publicly rewarded for time spent on Facebook. In addition to unlocking additional Facebook content, people will receive badges and cool emojis that they can impress their friends with for all their time well spent on Facebook. Apparently, Facebook is also looking to eventually monetise their achievements/rewards system. Teaming up with PayPal means that Facebook will soon be able to directly deposit money into the bank accounts of people who spend the most time on Facebook.

Fortnite. Just saying it sends shivers down most adolescent spines. When you thought it couldn't get any more ridiculous, it reared its head—uglier than before. The latest Fortnite release has people seriously worried. Fortnite's designer, Darren Sugg, is looking to take the virtual battlefield, and make it a reality—a real-life Battle Royale. The initial popularity of the video game has encouraged Sugg to push the boundaries. In an interview with The New News, Sugg explained, "Fortnite has just taken off. I mean, I am making bank. However, the player base is getting restless. I don't have much more up my sleeve, I can't change the game too much for fear of rejection, however, this next idea is really cool. Basically, I am going to host a tournament, an actual Battle Royale. Participants will be dropped onto a remote island and will battle it out until we have a victor. Simple, yet effective. The prize, you ask? Well, let's just say that they will be rewarded with plenty of in-game merch that is completely not available for purchase. Everyone will think you look so cool. Totes worth." Naturally, we were concerned that his intentions were to hold an actual Battle Royale competition, so we probed deeper. "Yeah, it'll be a legit Battle Royale. There will be weaponry placed around the island and people will not be able to leave the island until the competition is over. Yeah, it is edgy, but hey, it has received so much popularity. Additionally, you wouldn't believe how many people are willing to throw themselves into a death match to win in game merch. Most of the applicants were teenage boys, however, we have implemented an 18+ age restriction. I think it'll be a great success."

See, technology news can be fun! The thing is, whether you like it or not, technology permeates everything in society. We are surrounded, and the future looks to contain more and more advanced technologies. Maybe it isn't the DeLorean from Back to the Future, but it is sure to be just as cool. Like a slick Toyota Prius, or perhaps a Nissan Leaf. Those are some sexy smart cars. I certainly hope that the future looks as cool as a Prius and gets just as many miles to the gallon of gasoline. Otherwise it might end up a disaster—like a Mad Max dystopia where everyone is having to fight over the ability to charge their hybrids. Yikes.