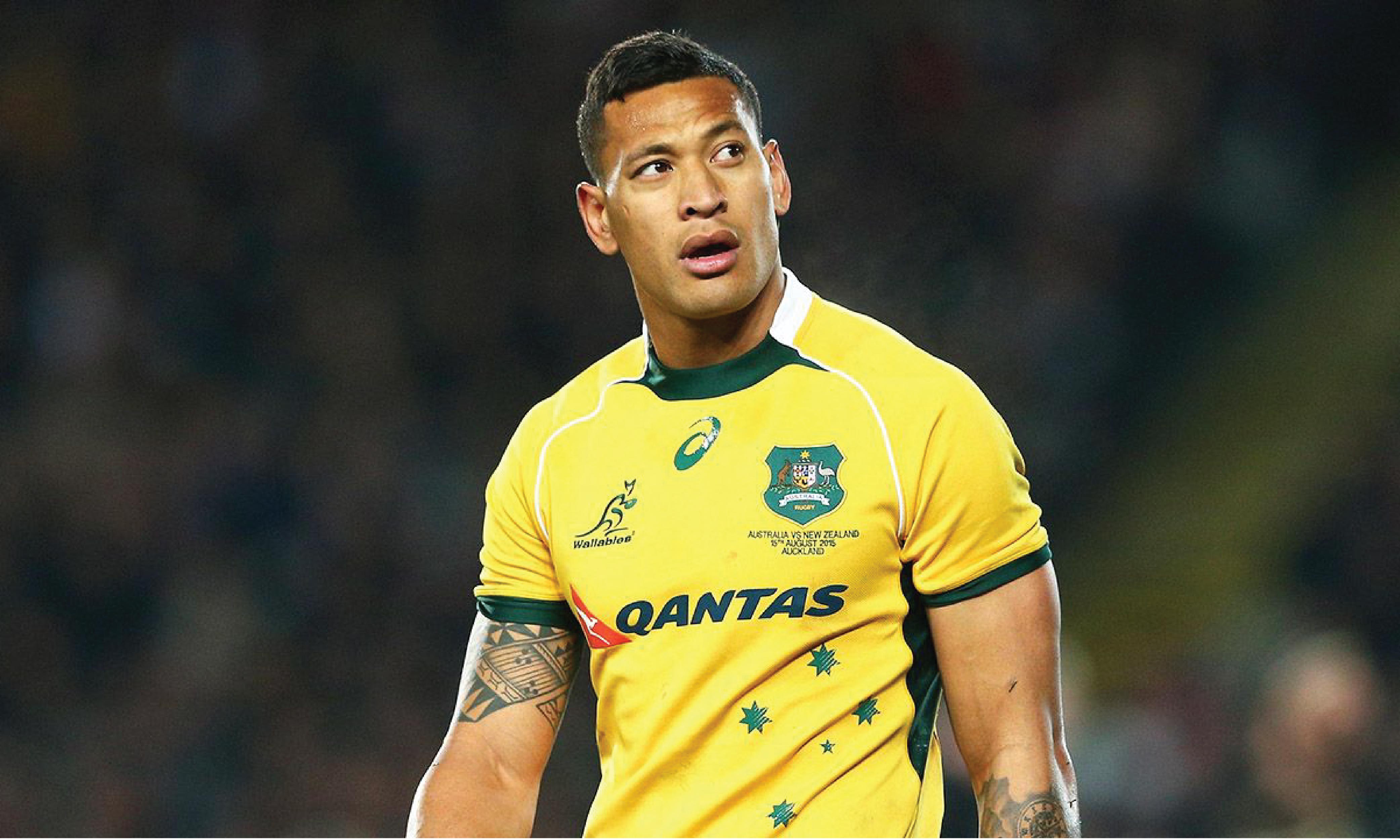 Sports and hate do not mix

Once again, rugby player Israel Folau has made headlines for the wrong reasons, after making hate-fuelled comments about homosexuals and other so-called ‘sinners’ on social media.

Folau’s Instagram post listed what he firmly believes qualifies a person for a sentence to hell; such as "drunks, homosexuals, adulterers, liars, fornicators, thieves, atheists, idolators.”

The Waratahs and Wallabies player – now ex-player for both – had already been warned about his social media activity prior to the latest controversy. It was only a year ago when Folau escaped with a warning after making homophobic comments on social media.

However, although Folau’s sporting career is now all but over, he claims to have no regrets at all over his comments.

In an interview with the Sydney Morning Herald, he said, "First and foremost, I live for God now. Whatever He wants me to do, I believe His plans for me are better than whatever I can think. If that's not to continue on playing, so be it.”

"In saying that, obviously I love playing footy and if it goes down that path I'll definitely miss it. But my faith in Jesus Christ is what comes first."

Folau received support from like-minded people, such as England number eight Billy Vunipola. Outraged fans then booed him during an appearance for Saracens. Some argue that everyone has a right to free speech, despite the content, and thus what is said off the field is irrelevant. However, when you represent an organisation, with whom you signed a contract with, you are subject to the rules and codes they put in place. And Folau committed a "high-level breach of the professional players' code of conduct".

Sports players are essentially ambassadors, representing the teams they play for. So when they voice controversial opinions, this harms the organisation and essentially puts them in a difficult situation.This makes the termination of his contracts with New South Wales Rugby Union and Rugby Australia completely justified and lawful.

Rugby Australia has explicitly stated their support for the LGBT community, with chief executive Raelene Castle telling Sky News, "Rugby is a sport that continuously works to unite people. We want everyone to feel safe and welcome in our game and no vilification based on race, gender, religion or sexuality.”

Interestingly, Folau was raised as a Mormon but admitted he did not embrace religion back then. When he became a rugby league star, debuting at 17-years-old for the Storm, fame had an impact on him.

"I got caught up in all the party things and I guess I'd say my head was above the clouds,” he said in a One News interview in 2016.

"I just thought that I was untouchable.”

"It got really bad. I just got caught up in the alcohol, women and all that sort of stuff,” he said.

Now, I’m not bagging him for his past or for having strong religious beliefs for that matter. But when you attempt to use religion and status as devices to get away with hypocrisy and spreading hate, then there is a major issue.

Sports teams and countries are both made up of people from various cultures and religious backgrounds, therefore ideologies will mix and occasionally conflict. However, what is clear is that sports and hate do not mix.