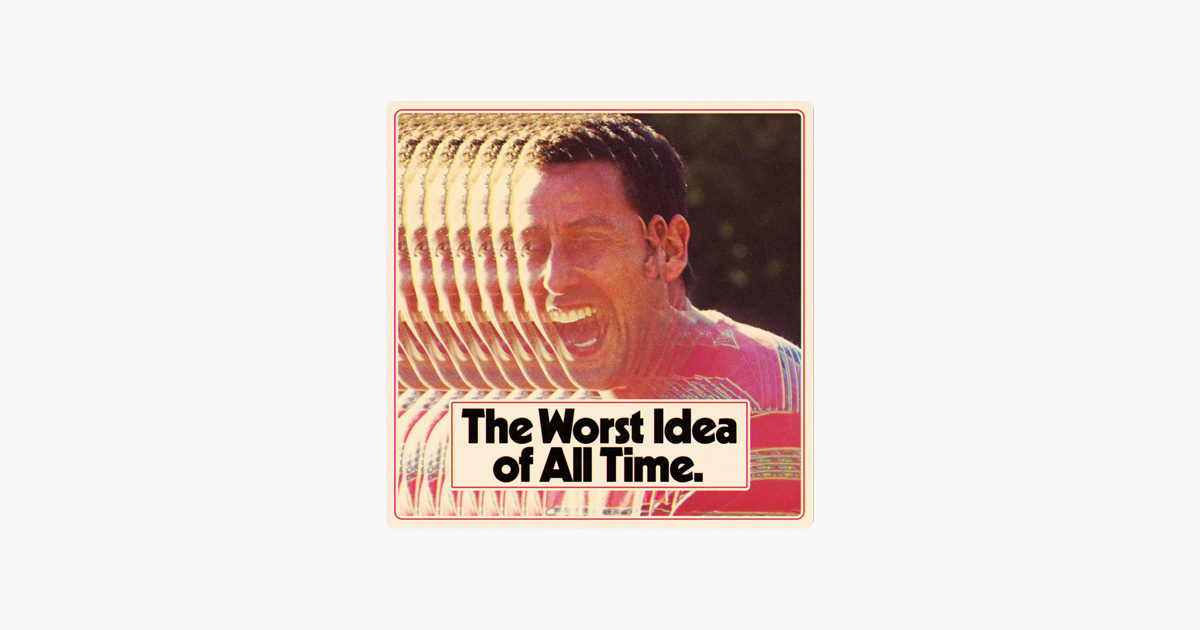 Podcast: The Worst Idea of All Time

What do you think is the worst idea of all time?

New Zealand comedians Tim Batt and Guy Montgomery found the answer: watching the same movie once a week for a year and then reviewing it weekly in podcast form. Sounds appealing to listen to, right? Wrong, it is possibly the most unappealing idea for a podcast in the existence of podcasting; I mean, who wants to listen to two guys talk about the same movie every week 52 times? Well, despite how unappealing this sounds, the result is a hilarious and moving experiment which primarily focuses on friendship and mental state of the hosts whilst they dissect subpar movies in hilarious ways.

For the first season (and arguably the best), they reviewed Grown Ups 2, then Sex and the City 2, then We Are Your Friends, and they recently concluded their surprise season watching Sex and the City 1 TWICE a week instead of the classic once a week format. They have claimed that the past season will be their last, but they have also claimed this before with prior seasons; the boys always come back. Who else is qualified to review Grown Ups 52 times?? I am so confident that they will come back that if they do not come out with a new season by my birthday, 27th February 2020, I will personally review Grown Ups 52 times – but I digress.

No episode has a set structure as it’s very conversational, but they have segments to make the experience more fun; such as The Shining Light, the segment where they forget all their hate and focus on their favourite part of the film that week, or Patty Schwartz Party Time, a nonsensical segment where they discuss everyone’s favourite character from Grown Ups 2, Patrick Schwarzenegger. Tim and Guy will further discuss their lives, feelings and friendship which is undoubtedly the draw to the show. You get to hear their friendship flourish through thick and thin. From their depressed times to their drunk and drugged up times, Tim and Guy are always extremely friendly and entertaining boys.

Gaining an international following, TWIOAT is New Zealand’s secret unappreciated gem that is thriving overseas but not so much in their own country. New Zealanders should be supporting New Zealand content! Every episode is free on various podcasting platforms but make sure to start at episode one of season one, titled ‘Difficulties’. The feeds are all out of order, with season four at the top, then one, three and two – so make sure to listen to the seasons in chronological order!

Just whatever you do, do not watch the movies.

It is not worth it.