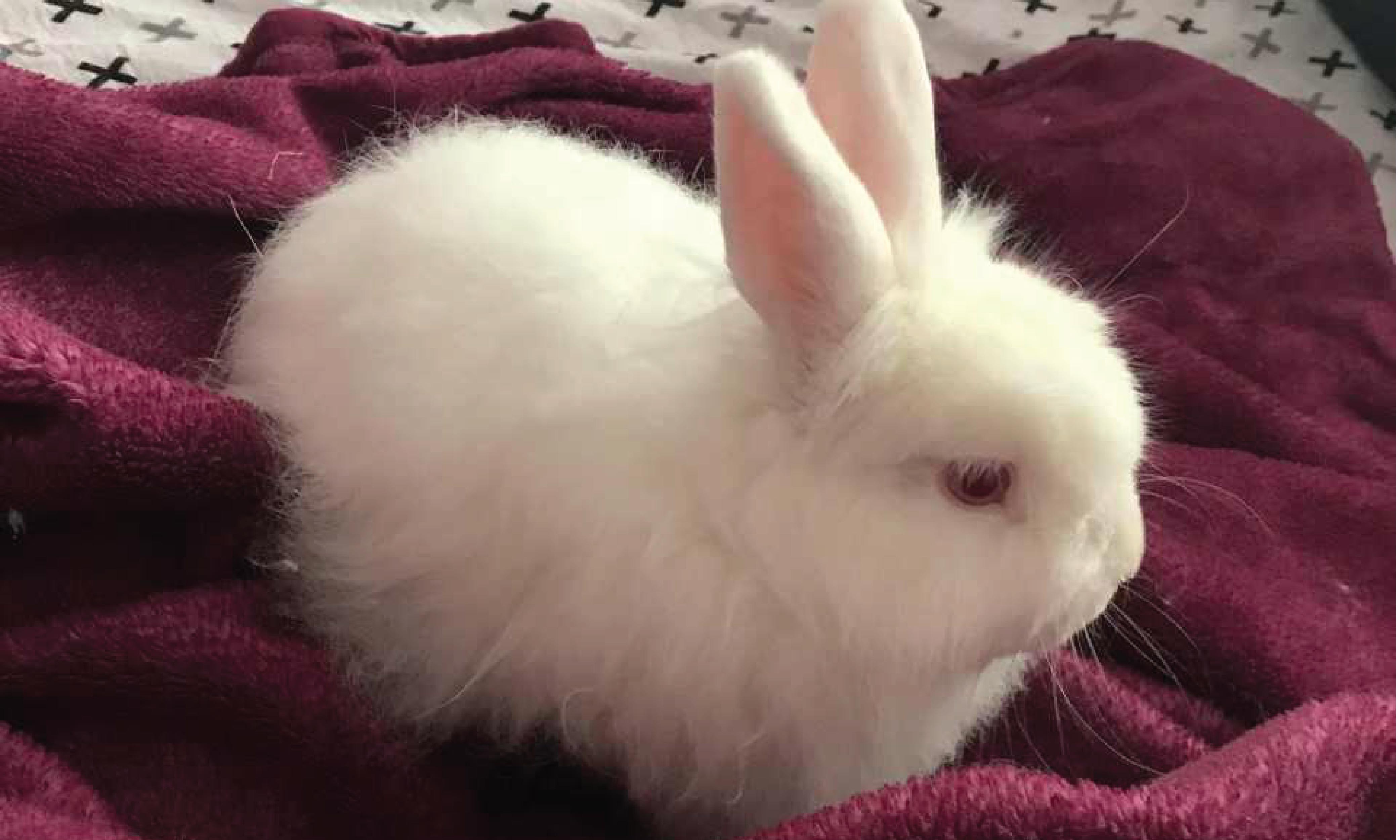 Popcorn is an Angora Rabbit (named after his white fur), with an attitude deserving of the nickname Thumper. He won’t hesitate to thump at you if he’s upset or you touch his carrots.

Also - like a typical boy - he eats and destroys everything in sight, including eating the rope instead of his salt rock.

He is also sensitive like his skin, which means he is unable to have hay bedding and has to have a paper towel substitute instead.

He enjoys a cuddle session with little scratches under the chin!