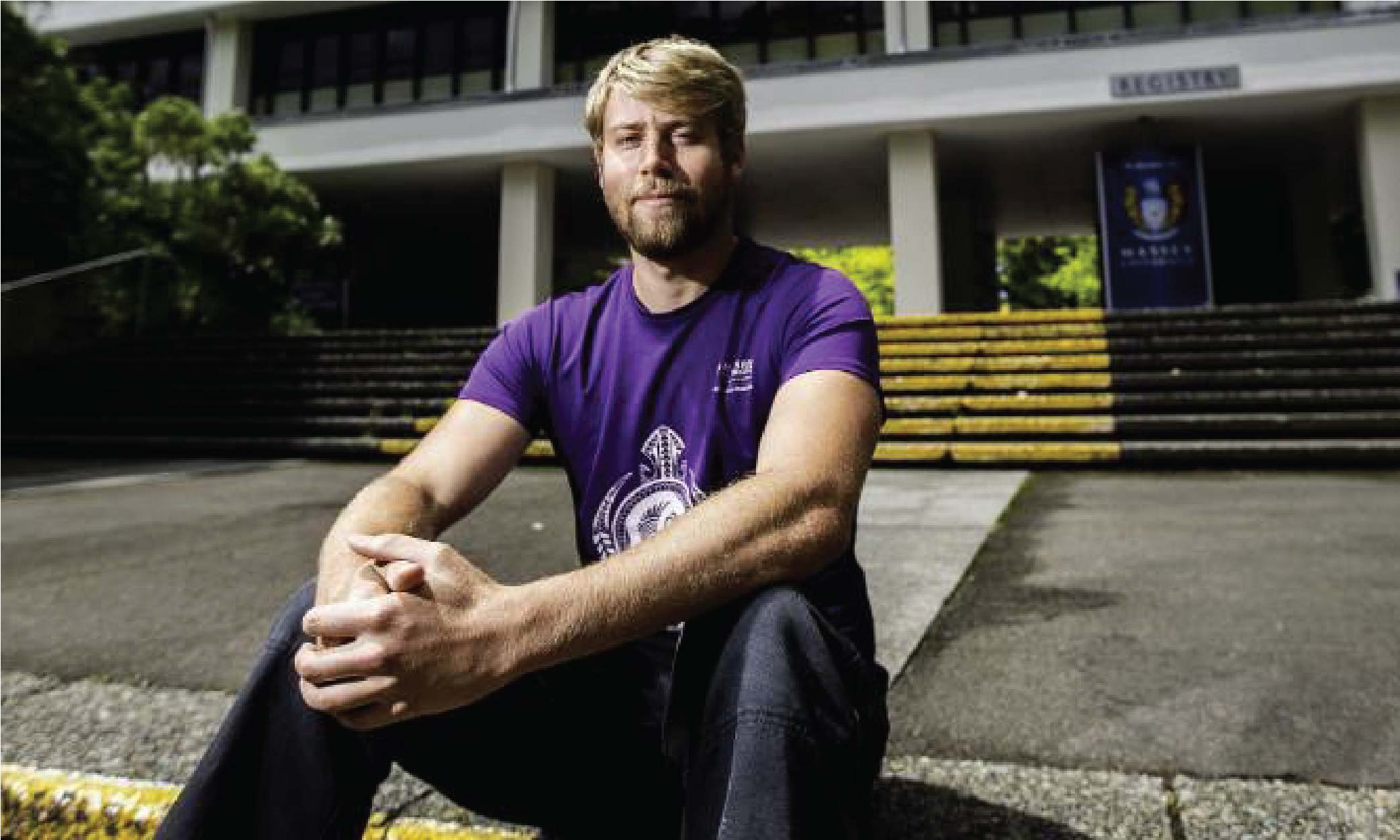 It has been a hectic few weeks since the last issue of Massive came out. We’ve had the President and Vice-President of the New Zealand Union of Student Associations visit and ask for your feedback on whether post-grad students should be afforded the student allowance just like us undergrads. It turns out a lot of people just assumed they already did!

I was so proud to see a resounding “Yes!” from almost everyone we spoke to; several hundred students signed the petition for equal treatment of students across the board. James and Caity were blown away by the community spirit on our campus.

We also had the launch of our “Thursdays in Black” campaign for this semester with BBQ and Beats on the 7th of March which was a great success despite having me in charge of the sausages! It’s been great to see students getting involved with the campaign against rape and violence; that same spirit of community shines through when we band together against a common and worthy cause like TiB.

On a personal note, I’ve had some hardships this week; it hasn’t all been fun and success. Upon reaching out to family, friends, and colleagues I found an overwhelming amount of support which helped pull me through. So I’ve decided that later in the month I’m going to take a few days for me.

If you ever find yourself in need of the same sort of support I was so lucky to have, please, reach out to someone close and see the spirit of community here at Massey for yourself.