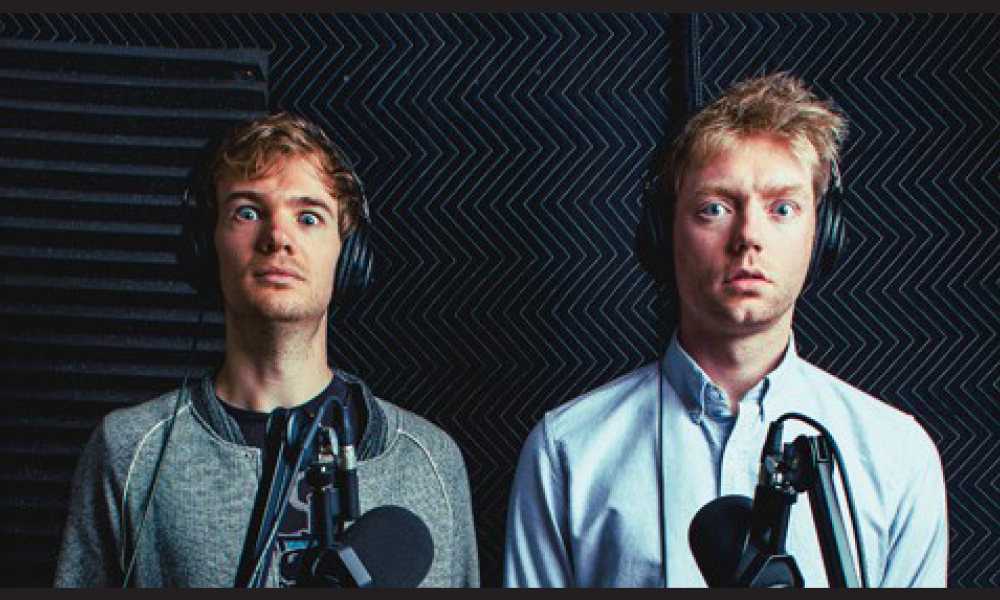 Hollywood Handbook: An Insider’s Guide to Kicking Butt and Dropping Names in the Red Carpet Lined Back-Hallways of This Industry We Call Showbiz

Created in 2013, Hollywood Handbook is hosted by comedy writers Sean Clements and Hayes Davenport and it is possibly the hardest piece of media to describe. It is essentially two guys playing versions of themselves who are self-absorbed idiots whilst also being completely insecure talking about pop culture whilst playing with a guest.

On the surface, the show is just two guys being idiots to other comedians and celebrities, but the deeper level is it is a satire of the entertainment world and podcasting as a whole. The podcast is on the Earwolf network which is a pretty big podcasting company, churning out big comedy podcasts like Comedy Bang! Bang!, How Did This Get Made?, and most recently Conan O’Brian Needs a Friend, so Sean and Hayes feel like the relatable underdogs in a big corporation. Where lots of podcasts can fail due to poor performing guests, Hollywood Handbook strives because the hosts can adapt their personalities and premises into anything. This means that they can turn the worst episodes into gold. Everything Sean and Hayes says is layered in irony, so it is pretty hard to tell when they are being sincere; but it makes the moments when they break character and talk about their own lives that much more real and vulnerable. It can quite simply be described as two smart guys pretending to be idiots trying to sound smart. Simple, right?

The show is able to stay fresh and entertaining because each week the concept of the show completely changes, we have no idea what is going to be the premise. The show has gone from the hosts not knowing what the show truly is and complaining about it to still not knowing what the show is but not caring anymore so they do anything they want. The first episode of this year was a “choose your own adventure” episode like Black Mirror Bandersnatch which is obviously a terrible idea for a podcast episode, but it was hilarious. In just the past couple of months they’ve done a Big Little Lies after show episode, a Daily Show parody episode, a Toy Story 4 ‘dialogue punch-up’ episode and a cookbook episode; we never really know what we are going to get and even though the host’s planning is seemingly minimal, that is part of the charm. Sean himself has described the show as “satirizing [Hollywood] personalities and talk shows and just really bad conversations… it’s done kind of dry and straight, so you could easily just mistake it for a really bad conversation or talk show”, which really paints an accurate picture. I haven’t even got room to explain their rudeness and constant bullying of their guests or their employees, or their insane back-catalogue of running jokes and references and the random pop-culture knowledge you need to know in order to keep up. The show seems purposefully alienating but apparently it is currently doing the best it has ever done – so now is the time to jump on board.

The show takes a bit of effort to get used to; in the least pretentious way of putting it, it takes a bit to ‘get it’ and their humour. They were given a billboard on Sunset Boulevard which isn’t cheap, only to put up a photo of a one-star iTunes review reading “Not good! Very bad.” They constantly complain about how small their fanbase is, every episode ends abruptly with Hayes yelling “Bye!”, and the ad reads are just as much a part of the show as the actual show; but once you understand and it clicks, you have almost 300 episodes (and counting!) of the show to enjoy. Unfortunately, only the episodes up to 6 months ago are free on iTunes and other podcasting services with the rest being behind a paywall needing a Stitcher account, but the past 6 months have been incredible. A perfect starting off episode would be Weird Al, Our Close Friend, and Tim Heidecker, Our Close Friend. Both D’Arcy Carden episodes are also free if you like The Good Place. I can confidently say that this is my absolute favourite media to ever exist, and if you try get into it, it could be yours too.