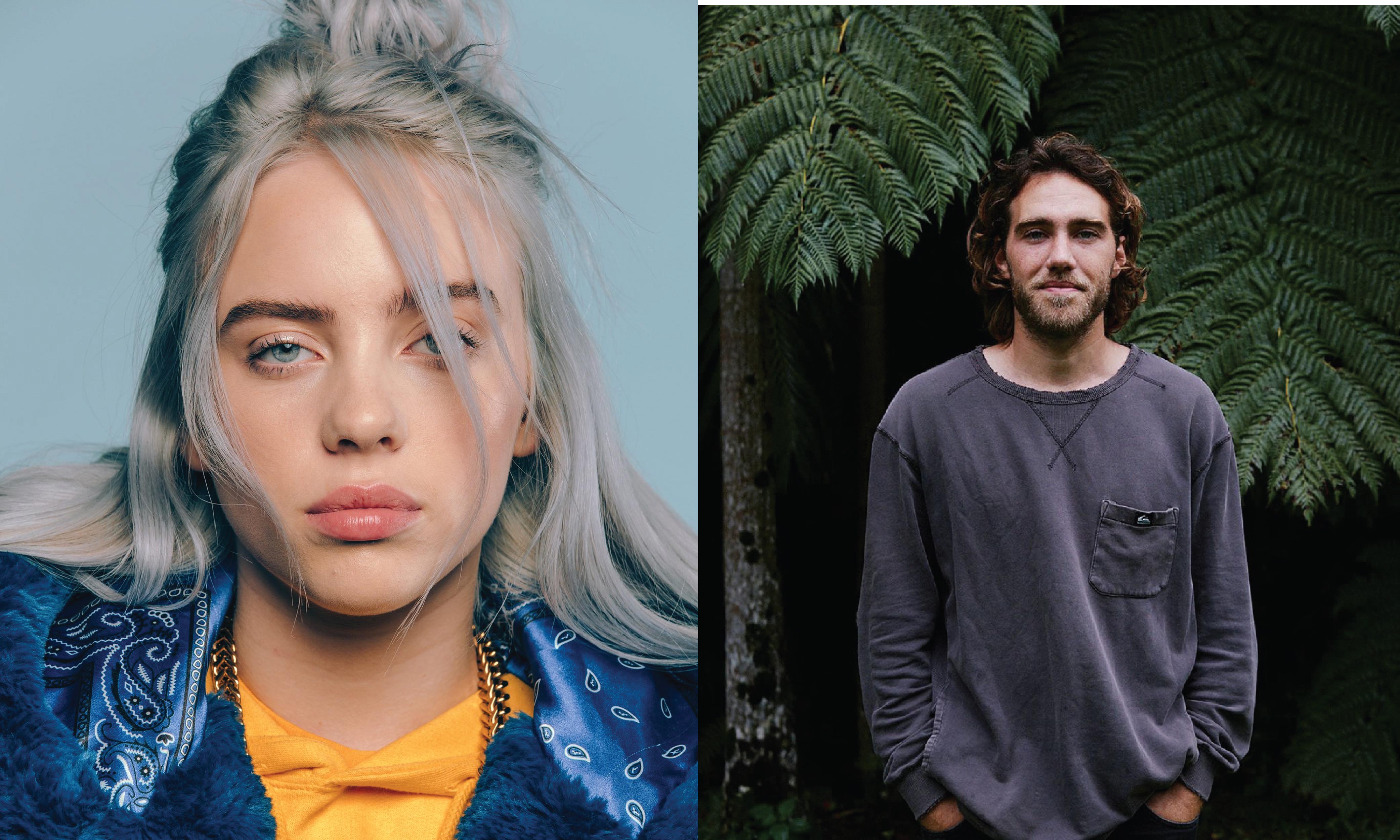 I was one of the lucky 10,000 people who scored tickets to Billie Eilish at Spark Arena. $77 and 7 days later, we were sitting in our C-class seats, surrounded by way too many thirteen year olds. We were in for a wild ride.

I need to prelude my review by bragging about the fact that this was not my first time seeing Billie. No, I wasn’t one of the trendy teens who saw her at Laneway in 2018, but I was one of the 200 who managed to see her at an intimate gig just after the festival. So it was impossible not to compare this show to the first - and they were opposite on just about every level. Instead of bringing out the ukulele and serenading us with Party Favour, or sharing a microphone with her brother Finneas, Billie stomped around a massive stage, backed by gigantic horror movie-esque visuals. Scary enough for an extremely sensitive sausage like me to need to sit down so the people standing in front blocked my view of the screens.

But it was an insanely good show, in a spooky-borderline-psychotic kind of way. Being one of her first stadium shows, it was clear that she was shocked by the energy we gave and that pumped her up even more. While we screamed every lyric and didn’t stop screaming between songs, she gave us punchy dance moves and a lot of hair whipping. It was hard to comprehend how her floaty voice paired so well with this atmosphere, but it was perfect, somehow.

My only complaints have nothing to do with Billie and everything to do with my shallow annoyance at other audience members. I wanted to be in a crowd of weirdos and outliers, but everyone I saw was painfully basic. If I had seen one more denim skirt, choker, or bandeau top, I would have thrown my even-more-basic Adidas Superstar shoe at someone. It’s funny that this is the fanbase attracted by an artist who is anti-pop, anti-mainstream, and anti-anything that’s fashionable, but I guess that’s what you get when you’re the fifth most streamed artist on Spotify. My plea for Billie Eilish is to keep being weird and unfashionable, no matter how popular she gets because most of us - myself included - aren’t brave enough to.

Smack-bang in the middle of Easter weekend, Matt Corby’s Rainbow Valley concert was a mystical and fittingly technicoloured experience. The setting felt perfect at Michael Fowler - being both cosy and classy - and this was echoed in the performance from top to bottom. His talent was wonderful to watch live as he constantly flicked between instruments while he sang. He played drums, all kinds of synths, guitar and even whipped out a flute at one point! He was surrounded by a semi-circle of instrumentalists, mostly sitting on individual podiums, halfway between an orchestra and a band, which all added to the ambience. Another standout was the two backup singers who not only sounded stunning, but had exceptionally choreographed dance moves for the whole show.

Although every song was performed to an otherworldly standard, I couldn’t help but feel like the newer songs were underappreciated by the crowd. It was obvious that people knew his old stuff much better than the new, and there was a lot of silent observing or chatter between friends during these parts. I was an outlier; I belted every song from Rainbow Valley, which I had been listening to nonstop since the start of summer, but was alone in my enthusiasm for most of it. But whilst I could sing along to the chorus of Resolution, and vaguely recognised the riff in Brother, the audience got on their feet and belted every word for these two songs. I was glad he got this recognition, even if it was only for his two radio hits.